Odessa Elie from Bath Estate has been crowned Miss Dominica 2015.

The show took place at the Windsor Park Stadium on Friday night.

The 20 year-old school teacher picked up six awards on her way to the title.

First runner up is Kelcia Righton of Kingshill.

Second runner up is Patrice Dorsette of Marigot.

Awards were won as follows:

See some photos from the show below. Photos by Zaimis Olmos. 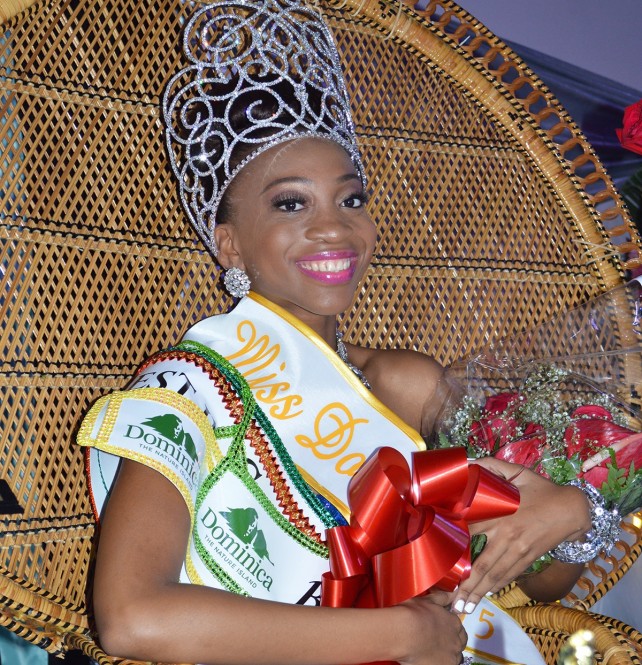