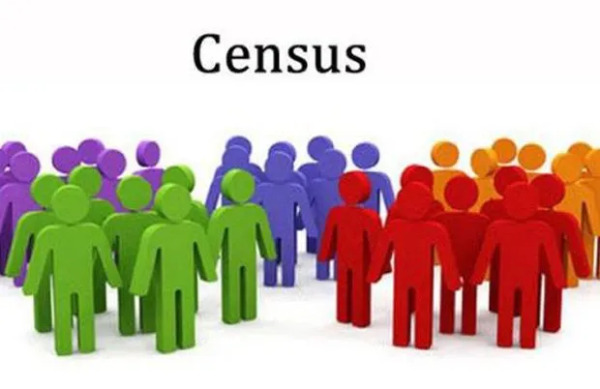 “Yes It Matters. Get Counted,”  is the official theme for the 2022 Population and Housing Census, by the Central Statistics Office (CSO).

This is the 14th Population and Housing Census in the Commonwealth of Dominica, with the first one dating back to 1871. It takes into account every aspect relating to population including collection, compilation, evaluation, analysis and publication of demographic, social and economic statistics.

Chief Census Officer, Lorna Prevost Stephens, who gave an overview of  the census at its official launch last week, said due to challenges presented by the COVID-19 pandemic, the national census which is mandated by law every 10 years, was delayed in 2021.

She said the census plays a vital role in the national statistical system, and is used as a tool to improve service delivery and therefore, urged the public to be fully cooperative during the exercise.

According to the Chief Statistician, statistical data for planning and budgeting are collected during this time to address poverty, unemployment, education, housing and infrastructure development and  mitigating the impact of natural disasters to  manage the fair distribution of resources and delivery of services.

“Leading up to the census, we are going to have to keep reminding every person that resides in Dominica, that inclusion is absolutely crucial for the government and indeed for our own well being. During the next few weeks, we will use all the time and resources available to us to embark on a massive publicity campaign to encourage citizens to participate in the census.”

However, she said the immediate objective is to ensure 100 percent coverage of residents in Dominica during census month, and to accurately review the visitation records from the census listing within the shortest possible time to obtain a preliminary count of the population.

“At this point, I would like to announce that census day is Saturday 25th June 2022; enumerators will begin data collection prior to that date.”

In preparation for the Population and Housing Census, Prevost Stephens revealed that the entire country has been mapped, resulting in the collection of data based on observation, which allowed for the preliminary classification of buildings as residential, commercial or industrial.

“At present, enumerators are out in the field collecting data for the census listing exercise. For the very first time, the census listing will be conducted prior to the Census enumeration, and not concurrently. This will allow any enumerators to engage with households and other establishments through a short questionnaire,” Prevost-Stephens disclosed.

For the first time, census data will be collected via tablets, which the Chief Statistician says will aid the Central Statistics Office in incorporating geographical information systems to enhance the collection, analysis and dissemination of data.

“I encourage the entire public to prepare to participate in the collection of such critical data. Remember that the Census is one mandated by the law of the state and it’s not a political activity of any sort,” she said. “We understand that we are currently operating under uncertain circumstances. However, extreme caution will be taken when engaging households to safeguard everyone.”

The first phase of the 2021 Population and Housing Census mapping exercise began in December 2019 and ended in April 2020. According to Dwayne Dick,  Deputy Census Officer, during the mapping exercise 24 mappers visited over 30,000 structures across Dominica, collecting GPS points of every structure along with a few other attributes based on observation only.

“Three major attributes were collected: the condition of the structure which ranges from habitable to varying levels of damage or left in ruins, second, the number of floors of the structure that is whether it is a bungalow or multistorey building and third, the use of the building be it residential, an institution, or commercial.”

The Deputy Statistician further noted that data from the mapping exercise was used to prepare for the second phase of the census, the listing exercise. He said this activity is being conducted separately from the Population and  Housing Census enumeration with the aim to reduce field errors and assist in data validation.

Dick further noted that should anyone in the household be engaged in agriculture, further questions will be asked in the process of the listing exercise.

In the third phase of the census, -census enumeration- data will be collected on the structure of the dwellings, the dwelling units and the demographic and socioeconomic information on the individuals as is customary.

Dick stated that the Central Statistics Office will collect and disaggregate information on the enumeration at district level and the data will also be disaggregated at the individual, village, and village hamlet level.