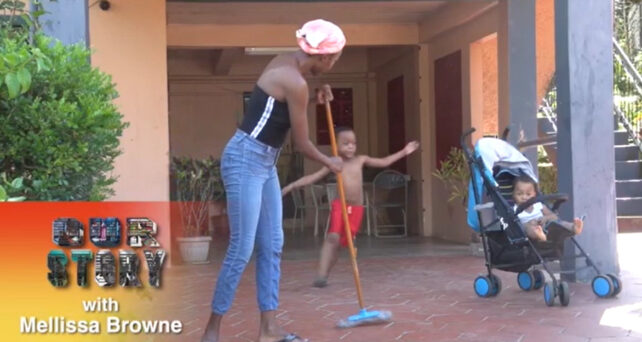 ‘Our Story’, a documentary reality series that highlights the stories of single female parents will be officially released in Dominica tomorrow.

The series, an initiative of Trinidadian entrepreneur, Mellissa Sade Browne, targets social matters faced by black single mothers and other crime and violence-related issues within the African race.

The project which began filming in 2016, was produced in Trinidad and Dominica by Dominican Gerald Solomon JBN Entertainment and was funded by Browne herself.

In an interview with Dominica News Online (DNO), Browne gave an insight into what to expect from the documentary which will premiere in Dominica on Digicel, Thursday at 6pm and on FLOW, Saturday at 4pm.

“This project is about women, little girls, and little boys and it is what we have been waiting for in the sense of discussing issues and  finding possible solutions for things that have plagued us for centuries, especially in our race, the African race, where we find juvenile delinquency and a lot of crime.”

“We have been looking at the symptoms and not the real issue, which is the broken family and the single female parent not being supported the way she needs to be. Instead, she is being chastised and fingers are being pointed at her when no one is trying to understand her.”

“It is funny a lot of persons say why do women choose to be alone and single female parents but I was having a conversation the other day and I was saying that when men enter into relationships they now get someone to cook, clean and wash them and at some point in time, women want that too and we can’t demand that from men because it is not their role, that’s when gender roles come into play.”

As a woman, Browne would like to change this narrative by showing that women can have someone to support them in the ways  they need to in order to get to where they need to be.

She added that Women can be free and have fun without having social and religious systems telling them what they can and cannot do.

She thanked her collaborators including Abyssinian Browne and Associates, Mel’s Cuisine, Zeffy’s Bar and Grill and Women of Unique Distinction.

Potential partners who would like to become collaborators and sponsors of the film can contact Ms. Browne @ 17676136560. Persons and businesses who want to advertise their products during different segments of the show can also make reservations.

Those interested in being part can follow the page for information. The show exists Dominica on July and will continue in Trinidad.