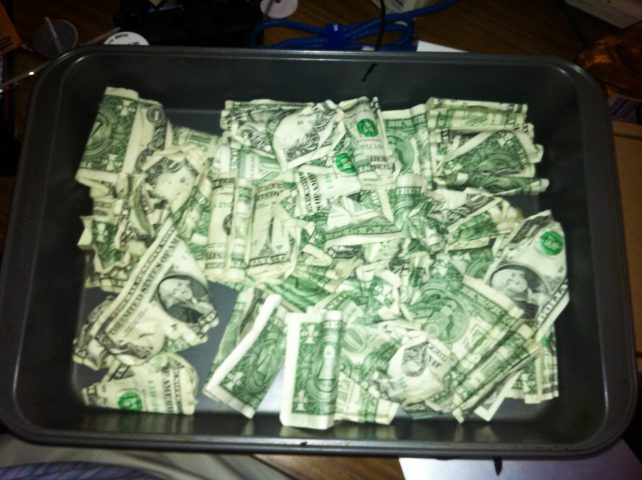 Dominica is among 21 Caribbean countries named by the US in a wider global list of Major Money Laundering Countries of 2016.

The US State Department this week released the list in its 2017 International Narcotics Control Strategy Report on Money Laundering and Financial Crimes.

According to the report, a major money laundering country is defined by statute as one “whose financial institutions engage in currency transactions involving significant amounts of proceeds from international narcotics trafficking”.

Dominica’s appearance, in the US State Department’s 2016 list of major money laundering countries, is a major departure from the report for  the year 2015 in which Dominica was not listed as a country of concern.

Also included on the 2016 list are Antigua and Barbuda, Aruba, Barbados, Belize, British Virgin Islands, Cayman Islands, Cuba and Curacao. The other Caribbean countries on the list are the Dominican Republic, Grenada, Guyana, Haiti, Jamaica, St. Martin, St. Kitts and Nevis, St. Lucia, St. Vincent and the Grenadines, Suriname and Trinidad and Tobago.

The State Department report states that due to Dominica’s geographical location between the French territories of Guadeloupe and Martinique, the country is used as a transshipment point for narcotics and other criminal activities. It says for the past few years, money laundering cases involved fraudulent investment schemes, advance fee fraud schemes, credit card fraud schemes and the placement of euros from criminal activities into the financial system from the neighboring French territories of Marie Galante, Les Saintes, Guadeloupe, and Martinique.

The report goes on to state that Dominica has achieved technical compliance with international Anti Money Laundering (AML) standards. It says AML legislation enacted in 2014 “clearly sets out provisions with which relevant entities are bound to comply” and, “there are offenses and penalties created for non-compliance.” However, the US State Department is unsure of the country’s ability to maintain statistics on matters relevant to the effectiveness and efficiency of its AML regime and in its report, reveals that Dominica has not started the process of monitoring agents licensed to incorporate International Business Companies or Corporations (IBC’s).

The report also identifies Dominica’s Citizenship By Investment Program (CIP) as having “vulnerabilities that present AML and regional security risks and that may make it susceptible to abuse by criminal actors.” (It also characterizes Antigua’s CIP as being “the most lax” in the world.”)

According to the US State Department, law enforcement officials continue to harness all available resources to curtail the illegal drug trade despite the “great challenge” of  the porous borders which they face in effectively policing the various coastlines for drugs and smuggling of goods such as firearms and cash. .

Currently Dominica is not subject to any U.S. or international sanctions, the US report on Dominica’s money laundering status concludes.