The government of Dominica has signed a transnational partnership agreement with the french territories to develop the geothermal sector in Dominica.

The signing ceremony took place on Thursday morning at the Fort young hotel. Minister of Energy Rayburn Blackmoore signed the agreement on behalf of the government of Dominica.

Speaking at Thursday’s forum, Blackmore reassured the public that the geothermal project will benefit the people of Dominica by reducing the cost of electricity by 30%.

“We can say based on our calculations that in the first instance with the commissioning and operation of that small plant, consumers in the first instance will be able to realize in excess of 30% reduction in their various light bills and as we graduate into the bigger export purposes we expect the actual ultimate price to be significantly less.”

The energy minister added that the requisite assessment is being done and that he is hopeful that the environmental impact assesment will be concluded before the actual drilling of the full sized wells.

He said that according to the energy sector report, Dominica is one of the highest in energy tariff which he said was a drag to any modern economy more so, a small emerging economy like Dominica. The Minister pointed out that a Geothermal Resources Bill has been developed and has gone through its first reading in Parliament.

“We are currently doing the requisite reviews for the express purpose of ensuring that every detail in terms of transparency is fulfilled. we hope therefore in due course this bill will go through the final reading stage in parliament and to become law. We have also put in place a deal team to engage potential developers.” This team is chaired by His Excellency Vince Henderson with support from the Clinton Climate Initiative.

Blackmoore also said that it is expected that more than is needed will be produced in Dominica, thus it would be beneficial to the country to export any excess of the resource.

“Cheaper and cleaner energy can only lead to less carbon emission, Dominica therefore is hopeful that it would be the first Carbon neutral country in the world after we have gotten to the point that we are aiming at.”

Prime Minister Roosevelt Skerrit also spoke at the conference, pointing out that geothermal energy is going to be a “game changer” in the configuration of the Dominican economy. He added that the benefits derived from the development of geothermal energy in Dominica will be shared with Guadeloupe and Martinique.

“A Geothermal Development Unit (GDU) will be established. The unit will be responsible for continuing to promote investments in Dominica’s geothermal resources, ensuring that the interest of the state and other stakeholders in the geothermal enterprise is maintained and sustained, ensuring that the geothermal resource is being utilized in a safe and environmentally friendly and socially appropriate manner, and assisting in monitoring all safety and reliability issues for the sustainability of the resource and the organisation of geothermal plants.” 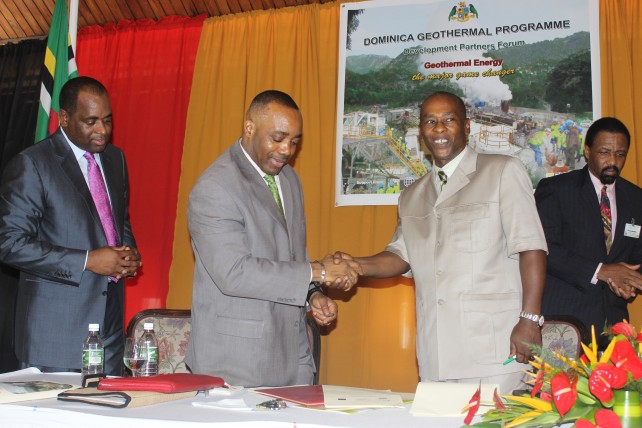 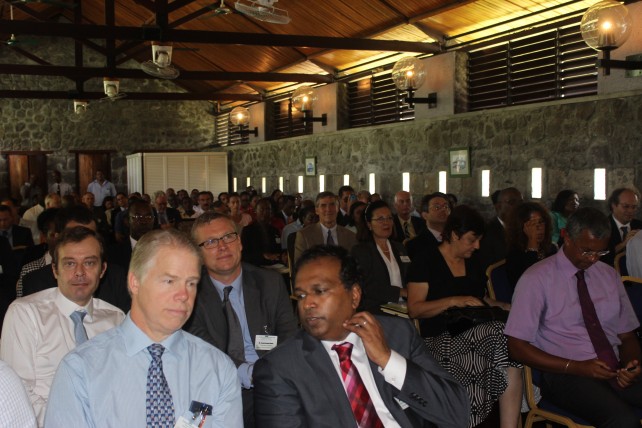