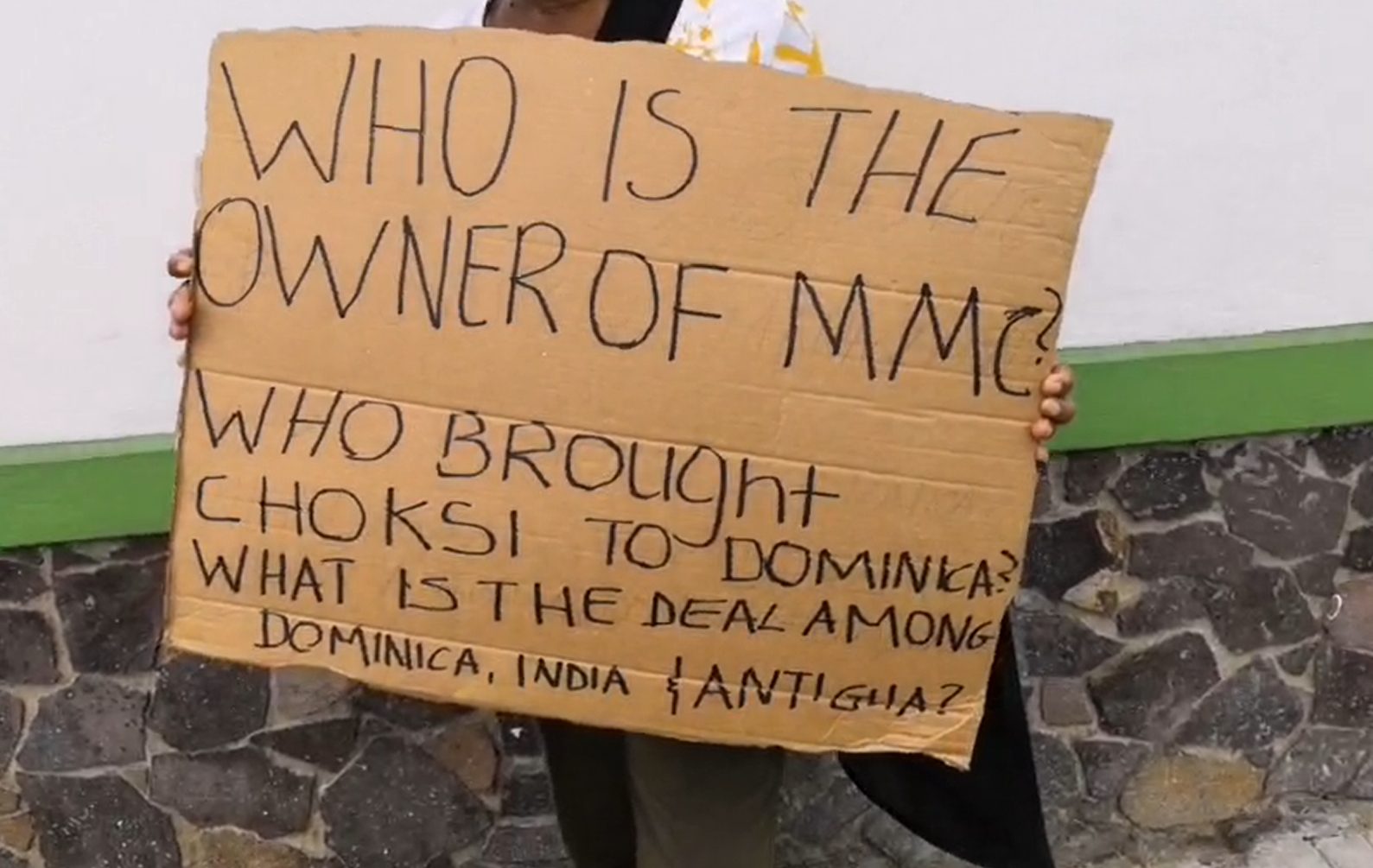 What started as a one-woman protest outside of the High Court in Dominica yesterday, shortly before 9 am, grew quickly, as the silent but angry crowd made it known that  Indian-born fugitive Mehul Chinubhai Choksi should be sent back to  Antigua and Barbuda.

The 62-year-old is wanted by the Indian judicial authorities for allegedly cheating the Punjab National Bank of almost two billion US dollars which has been described as India’s largest bank fraud in decades.

The businessman, who obtained citizenship in Antigua, has been in Dominica for over one week, and the circumstances surrounding the mysterious appearance of Choksi at Toucari Beach in Dominica remains a mystery.

Whilst his attorneys allege that he was kidnapped, beaten and unwillingly brought to Dominica, the police claim that he entered Dominica illegally and on June 02, 2021, Choksi was charged with illegal entry into the island.

On day two of his habeas corpus matter which took place in the High Court, the protesters, waving their placards in the air, told Dominica News Online (DNO) that given Dominica’s relationship with India, they believed that some of the parties involved were not being honest as to how the Indian national ended up in Dominica.

One of their main concerns was that Choksi should not be allowed to remain in Dominica. They  argue that he  should be sent back to Antigua as he is a citizen of that country and the Government of the neighbouring Caribbean island should be the ones determining whether or not he gets sent back to India.