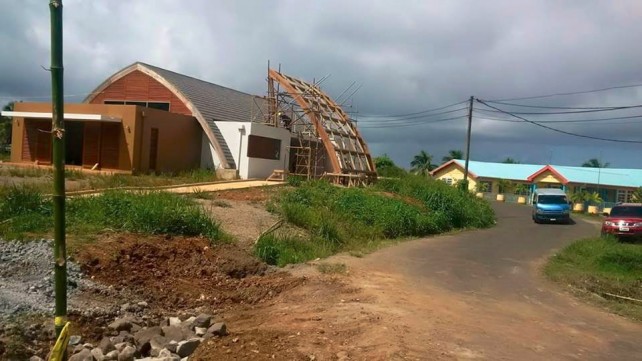 Construction of the St. Cyr Community Resource Centre in the Kalinago Territory is nearing completion.

Parliamentary Representative for the Salybia Constituency and Minister for Kalinago Affairs Honourable Casius Darroux has stated that work on the project is about 95 percent complete. Minister Darroux expects the building to have multiple functions when completed.

“When it is fully completed by this month-end, as I said, the early childhood education will be a major aspect of that building, there will be space for Community Postal Agency, an area for cultural performances and other community activities. So it is going to be a landmark in the Kalinago Territory where persons can commune and have a moment in time,” Minister Darroux stated.

The St. Cyr Community Resource Centre is one of six components under the Kalinago Territory Capacity Building project. The project is at a cost of one million, four hundred and fifty-five thousand, five hundred and seventy-five dollars and thirty-nine cents ($1,455,575.39).