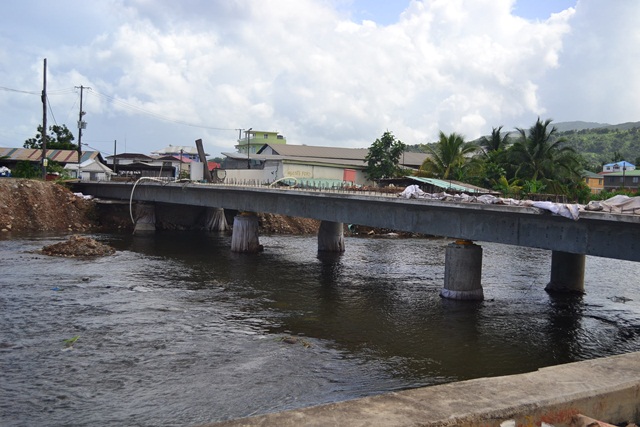 Minister of Public Works Rayburn Blackmoore has said that the thin layer of asphalt that lines the western side of the road under the Canefield cliff, between Woodbridge Bay and The Cove, is ready to allow for temporary vehicular traffic re-routing from next week.

The minister stated that the 1.7km roadway will accommodate the traffic, into and out of Roseau, for the duration of the repair works to the eastern side of the road.

The completed section of that West Coast Road project is expected to include sidewalks, two traffic lanes, a pull-over shoulder and 1.6km of drains. 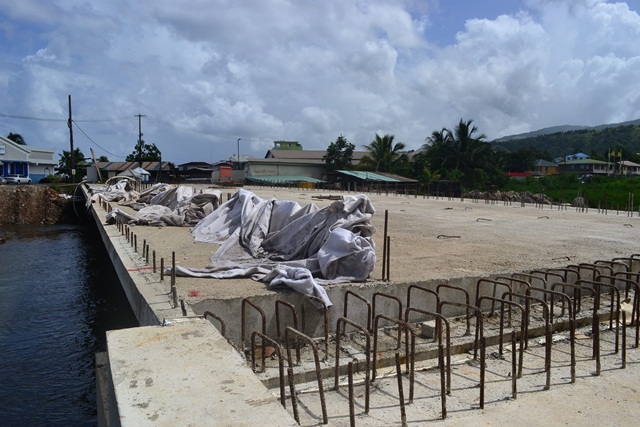 Speaking of the works on the Hanover Street to Elliot Avenue Bridge, the minister reaffirmed that the project will be completed in 2012, stating that the concreting of the bridge has been completed and the other improvements are underway, despite public concerns relating to the height of the bridge.

He added, “The actual concrete component of the bridge has been completed and was completed on-time. What is left to be done is the installation of the railings, placement of asphalt and the building of the ramps into the bridge. The bridge itself has a circular formation and that was done to get adequate clearance from the river, four and a half feet above the road level.”

The $100-million project includes works currently on-going on retaining walls and the road surface in Tarreau, Bioche and Batalie/Coulibistrie.