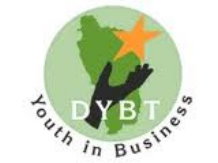 Co-ordinator of the Dominica Youth Business Trust (DYBT), Kerry-Ann Remie, has called for more recognition and appreciation of local entrepreneurs and pointed out that the organization will be organizing two competitions highlighting entrepreneurs.

“Most times we look on the television and we admire entrepreneurs that are not in Dominica, but even within our local context, there are persons who are successful entrepreneurs and need to be recognized and need to be emulated by our young persons,” she noted, at a press conference last week.

Thus, the DYBT, in collaboration with Dominica Junior Achievement (JA), is set to undertake the two competitions, which will be highlighting local entrepreneurs.

The group introduced a poster competition, targeting students from age eight (8) to eleven (11), under the theme ‘My Business for the Future’.

Remie stated that “the activity hopes to inspire students to begin to think of viable enterprises which they can pursue in the future.”

An essay competition, under the theme ‘A Day in the Life of the Entrepreneur’, will target young people between the ages of fifteen (15) to eighteen (18).

“It emphasizes the importance of the entrepreneurial spirit, in the context of our society, and encourages students to experience a day in the life of a successful entrepreneur,” Remie explained.

The essay competition will afford the top three winners the opportunity to meet and shadow the entrepreneur which they have written about, during Global Entrepreneurship Week, on November 14-20, 2016.

Primary and secondary school administrators have been urged to encourage students to participate in the competitions.

The documentary aims to familiarize the youth with what he referred to as “one of the best-kept secrets on the island.”

“It is very important that young people of Dominica understand that there are systems and processes, and agencies out there to assist them. And, for that reason, last year, we did a lot of work on developing a documentary…” Joseph articulated. “Just look out, because very shortly, this documentary will be made public.”