Eighty families from around Dominica will soon be able to live more comfortably after their homes were destroyed during the passage of Hurricane Maria last year.

That’s because they will now receive new homes funded by the Australian Government, through the International Organization for Migration (IOM).

The organization made a symbolic presentation of these homes to the Government of Dominica during a handover ceremony held on Wednesday.

Permanent Secretary in the Ministry of Housing, Lucien Blackmoore, who addressed the ceremony, said that the latest contribution brings Dominica closer to its target of rebuilding the 4800 homes that were completely destroyed on that dreadful day in September.

“For us today, we want to celebrate with the soon-to-be 80 families that will be receiving those new homes,” he stated.

That, he said will help satisfy the shelter needs for about 209 persons, “and all of them for sure will gain improved sense of security, a sense of safety and indeed a sense of well-being.”

According to Blackmoore, the 80 core houses that were built were done in compliance with the declared and desired resilience declaration and standard.

The contribution also provides about 2 percent of the required new construction that the country needs to make in order to recover the damage sustained during Hurricane Maria.

Acting Prime Minister, Reginald Austrie said the contribution symbolizes a successful partnership between the Government of Dominica and the IOM in responding to the housing needs of Dominica following the devastation of Hurricane Maria.

He said the IOM has navigated jointly with the Dominica Government the challenging pass from emergency to recovery.

“Very early in the process of housing repair and recovery following Hurricane Maria, the government mandated a review of the housing standards to ensure that every roof repaired and every house or building reconstructed, was built to a climate resilient standard embedded in the Dominica building code,” Austrie said.

According to him, the IMO undertook to repair 600 roofs and achieved that target by June 2018.

“While the numbers seem great, the country still has a very long way to go,” Austrie added.

Meantime, the Australian High Commissioner John Pilbeam said he is very pleased that Austrailia was able to partner with the various organisations to rebuild some of the housing that was lost last year during Hurricane Maria.

In the last few months, he said, the IOM has used Australia’s contribution of US$900,000 to build 80 resilient core houses to house 80 of the most vulnerable households in Dominica.

“These core houses provide the essential resilient shelter that some Dominicans still need that we are pleased at least to have made through the IOM programme” Pilbeam said.

The villages of Woodfordhill, Marigot, Wesley, Calibishie, St Joseph, Layou Park, Bioche, Morne Rachette and Mero, are just some of the communities that are benefiting from this latest initiative. 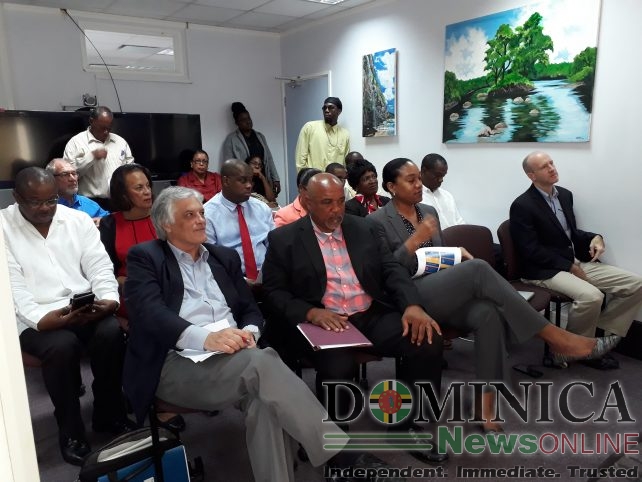