767 Girls Rock is an initiative of Radio and Television personality, Jael Joseph, which aims to highlight young women of Dominica who continue to strive for excellence in their daily functions as well as serve as an encouragement to the persons they encounter.

The 2nd event, carded for April 22nd, will feature five (5) talented women who, according to the show’s producer and host, Jael Joseph, are considered an inspiration by their peers, colleagues, family and society.  She says this mini series serves to empower young girls and women by focusing on their strengths and achievements in different fields and walks of life.

“767 Girls Rock hopes that through our medium we can encourage girls to believe in themselves and build self-expression and confidence that is required to be Phenomenal Women,” Joseph states.

Five (5) women will be presented to the audience in this edition of 767 Girls Rock. They are:

EPISODE#2    LEANDRA LANDER; A Former Miss Dominica,  a role model completely engrossed in her culture who impacts the lives of her colleagues and community.

EPISODE #3    DR. SCHUYLER ESPRIT; an Educator with a passion for reading, history and heritage.

EPISODE #4     PEARL FONTAINE- BUTLER; a make–up artist & image consultant who believes the only ability is availability.

EPISODE #5     JO-ANNE COMMODORE ; former registrar & present permanent secretary of in the ministry of justice who has a love for young people.

This show will then be segmented into 5 separate TV epidsodes which will run as a mini-series  on Marpin and YouTube as well as on the 767 Girls Rock Facebook medium www.facebook.com/767girlsrock.com 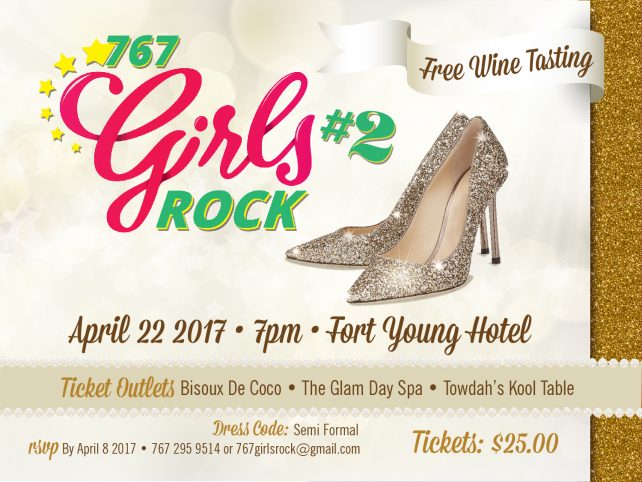