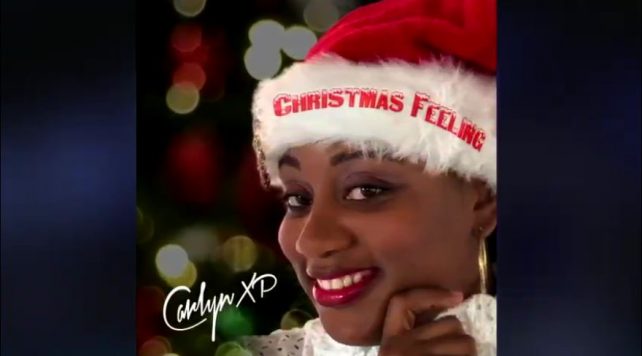 Christmas Feeling is about the typical Caribbean feeling a woman (or man) gets when they listen to music being played on the radio while doing house chores and gets the sudden urge to stop everything and just dance to the beat.
This infectious beat is a fusion of Bouyon (on the Jing Ping tip) and Soca. The groovy mid tempo composition will surely have you in the Christmas Feeling.
The song was written by Carlyn Xavier-Phillip, produced by Cornell Phillip and published by Imperial Publishing.
It was recorded, mixed and mastered at Imperial Publishing Recording Studio by Cornell Phillip. All instruments were played by Cornell Phillip except guitar which was played by Ordel Hamilton.
Christmas Medley, as the title suggests, is a medley of 4 Christmas Classics: Do you Hear What I Hear, Silent Night, Feliz Navidad and This Christmas. Dominicans can surly relate to this Cadence/Zouk fusion produced by Cornell Phillip and Brent Samuel.
It recorded, mixed and mastered at Imperial Publishing Recording Studio by Cornell Phillip – all instruments, except guitar, played by Cornell Phillip. Daryl Bobb played guitar.
Carlyn XP says it has been her intention to release a full Christmas album but because of the constant hustle, it has proven difficult. She promises to have a full release before Christmas 2019.
The music is available on numusiczone.com, bandcamp.com, cdbaby.com and will be available on all major download/streaming sites.