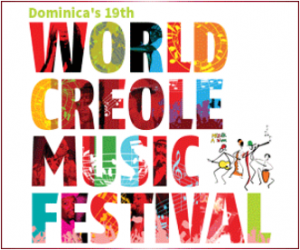 Patrons of the Festival Jam Session will have the opportunity to win Festival tickets and prizes from sponsors Kubuli and Digicel.  A Festival sing along competition will be held where participants will have to sing a verse or two of songs performed by artistes on the Festival lineup.

Festival Jam Session number 5 will take place on the Roseau Bayfront from 4 pm to 10 pm with Bouyon chef DJ Snow with sound powered by Arden Lights and Sound.