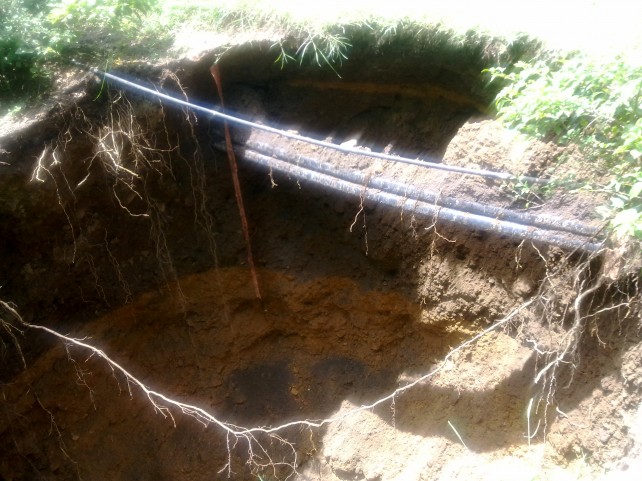 Motorists traveling in  Ti Bay near Portsmouth are asked to approach the area with extreme caution as a large hole has opened up on the side of the road.

A concerned citizen, who contacted DNO, said the road itself is showing signs of sinking and is warning that there could be another “Pont Casse” incident in the area if the matter is not resolved urgently.

Recently, a huge section of the road collapsed in Pont Casse due to heavy rains, taking the lives of two of Dominica’s national footballers.

The concerned citizen said yellow tape has been placed around the hole, which is close to Secret Bay Hotel, but cautions people approaching the area to be on the look out. 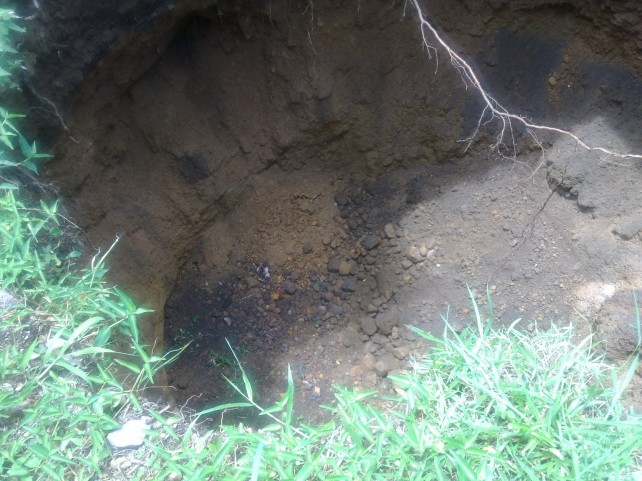