Eight deserving mothers were presented with food hampers courtesy of the Dominica National Council of Women (DNCW) on Friday.

Member of the NGO Coalition Yvonne Alexander said: “Helping mothers feel appreciated on a particular day is a good idea because motherhood and all it entails is really an awesome and can be a daunting task.”

She stated that although motherhood is a fulfilling task some mothers still struggle with providing their children with the basic needs.

“Unfortunately because of the socio-economic conditions under which so many of our women and our families operate here in Dominica sometimes some of these mothers are really not able to enjoy mother’s day because there are so preoccupied with making ends meet in providing adequately for their children,” Alexander noted.

However, she stated that this small gesture will assist these mothers in enjoying Mother’s Day a little better.

“Because of the preoccupation of what do I prepare, how do I fend for the children will be gone because they will have some food supplies that they can use,” she remarked.

Alexander urged individuals to be more to be more conscious of the environment for women. 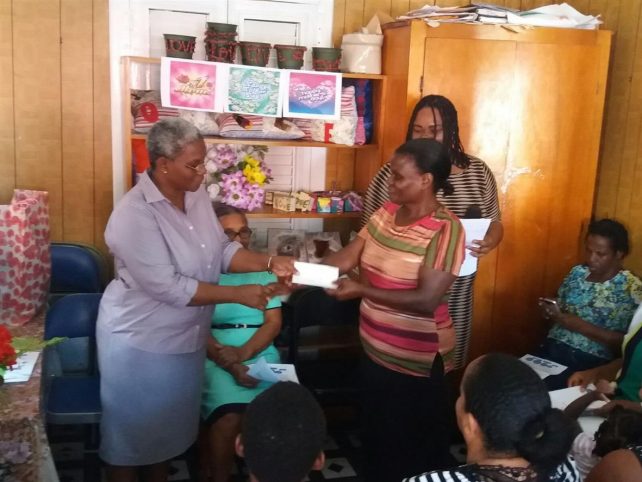