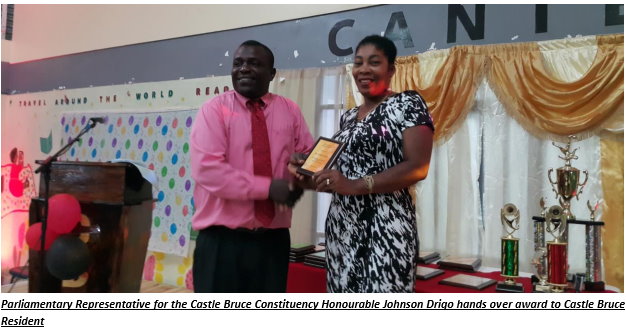 Parliamentary Representative for the Castle Bruce Constituency and Minister for Agriculture and Fisheries Honourable Johnson Drigo has described as successful the first ever Castle Bruce Awards Dinner.

Twenty-nine groups and individuals were recognized for their contributions to agriculture; education; health; community development; youth, sports and culture; and entrepreneurship and finance at the dinner held on Saturday, August 8, 2015.

Minister Drigo described Castle Bruce as a special place, full of talented and patriotic people. He said it was only fitting that the community recognized those who had made and continue make meaningful contributions to its development.