A pile of garbage in Pottersville, which residents claimed was uncollected for months, has been cleared.

Residents had expressed frustration over what they said was an eyesore for a long time.

DNO can confirm that the garbage was cleared after the matter was reported on Tuesday.

Collection Manager at the Dominica Solid Waste Management Corporation (DSWMC), Shamara Daisy, had warned that the area has not been a garbage collection site for years and residents should refrain from dumping their trash there.

She advised members of the public to be more mindful of garbage collection sites to avoid pollution in their communities. 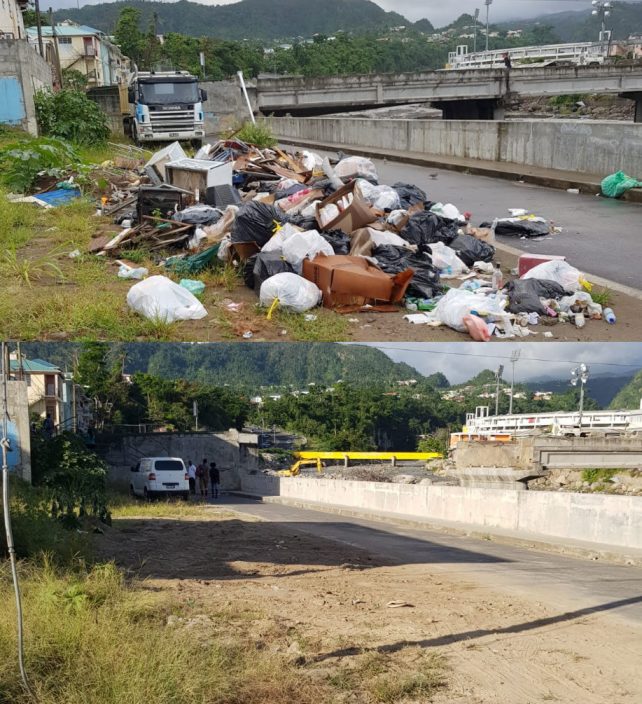