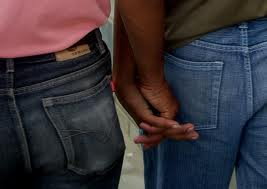 For the first time the rights of Lesbian, Gay, Bisexual, Trans and Intersex (LGBTI) people have been discussed as part of the Commonwealth People’s Forum, the official civil society gathering held in advance of the Commonwealth Heads of Government Meeting.

Two discussions have been held within the main agenda to explore the impact of discrimination and criminalisation on the basis of sexual orientation and gender identity and also reflect growing progress in Commonwealth countries for LGBTI rights.

The first of these was an innovative policy dialogue between LGBTI activists from across the Commonwealth and policy makers including UK Parliamentary Under Secretary of State for International Development Minister, Baroness Sandip Verma, and Maltese Minister for Civil Liberties, Dr Helena Dalli.

The dialogue also included activists from across the Commonwealth including from some of the 40 of the 53 Commonwealth countries that still criminalise consensual, adult same-sex activity and where LGBTI people face discrimination and persecution, and in some cases even the death penalty. A new report released this week by the Kaleidoscope Trust documents that 90% of Commonwealth citizens live in a jurisdiction that criminalises LGBTI people.

But after decades of inaction in the Commonwealth change is happening. At the event Minister Dalli of Malta said, “We need to ensure that when the dust settles on this CHOGM, all political leaders will remember the voices of LGBTI people for recognition and respect during this Forum, and act on them in concrete ways.”

Caleb Orozco, a Belizean activist and member of the Commonwealth Equality Network said, “The opportunity for political change exists. The Commonwealth can build on the experience of the Organisation of American States and take a stand against violence on the basis of sexual orientation and gender identity. It will need communication and a commitment to engage and act between the region’s institutions. This CHOGM is a good start.”

The Malta Declaration, the official statement of the People’s Forum, called on Commonwealth leaders to follow the example of the African Commission on Human and People’s Rights and the Organisation of American States and condemn violence on any grounds.

These sessions are just one example of policy makers overseeing progress on equality and followed remarks made by the Commonwealth Secretary-General Kamalesh Sharma that, “We embrace difference, and that includes sexual identity. Discrimination and criminalisation in any form on grounds of sexual orientation is incompatible with our Commonwealth values.”