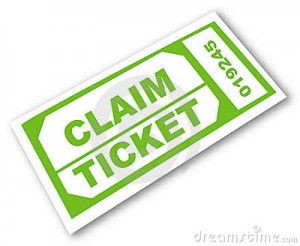 A $ 270,000 lottery prize is still waiting to be claimed and the Dominica National Lottery (DNL) is urging the holder of the lucky ticket to come forward.

The lucky Super Six ticket was bought in a shop at Grand Bay since November 2014, Sales and Marketing Representative of DNL Ken George has said.

“We at the Dominica National Lottery are sending a plea to the general public with interest and lottery players to pay close attention to their ticket of various games. We are particularly interested in the winner of the super six games of $270,000 that was won on the 14th of November 2014 and has not presented their winning ticket,” he stated.

George said that the winner has 90 days (3 months) to claim the prize, but he pointed out that it should be redeemed the soonest.

“While the winner has 90 days to present their winning ticket, it is our responsibility to encourage the playing public to kindly redeem their tickets at the earliest,” he pointed out.

George added that for such a sum to be lost in the “current economic climate” would be sad.