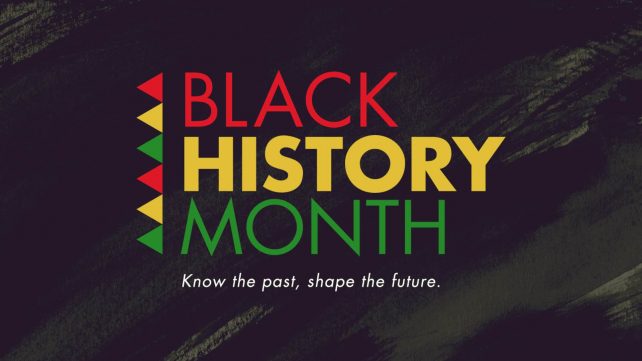 The National Youth Council of Dominica (NYCD) has launched its new “I am BAE” (Black and Excellent) campaign as part of activities for Black History month celebrations this month.

The NYCD said in a press release that it deems the last week in February as a time to Talk, Appreciate, Love and Know (T.A.L.K) about the history of our country, Dominica.

The council will be hosting a series of sessions in various high schools across the island dubbed BAE T.A.L.K!

The official launch of the #IAmBAE campaign took place on all social media platforms to support the council’s BAE T.A.L.K activity which, according to the NYCD, seeks to promote the idea in the minds of the youth that they are Black and Excellent and should always view this in a positive light.

According to President of the NYCD, Ashma McDougall, the council has recognized the youth’s disinterest in appreciating the country’s own history and culture and wishes to embark on an activity that will transfer that knowledge in ways children learn today.

“We are visiting five (5) secondary schools through the month of February and will host a Class Takeover through an educational forum, Black and Excellent; “BAE” T.A.L.K, that focuses on celebrating and exploring four pillars of our local history: Arts, Culture , Notable Black Dominicans in history and Racism and Discrimination,” McDougall stated.

McDougall has also mentioned that typically, “we have viewed black history to mainly highlight our African heritage and, while we are proud of these roots we should even be prouder of our local roots.”

She said this initiative is primarily tailored, developed and framed, to talk, appreciate, love and know about Dominica’s local black history.

“And when we talk about local black history, we want to go back as far as understanding how the Armour’s and the Martins and the Shillingfords arrived in Dominica after World War II, and how the notable icons contributed to our own history  like Patrick John, Dame Eugenia Charles, O.J. Seraphine, Roosevelt Douglas and more,” MacDougall noted.

She continued, “We want to understand some of the names behind the streets in Roseau and, as well, to have a deeper understanding of our culture.”

The President also pointed to a dearth of documentation as it relates to the preservation of Dominica’s black history.

“We want to engage youth in this discourse so that these stories can continue long after our grandparents and historians like Dr. Honychurch have gone,” she said.  “Our history grounds each and every one of us in our roots, ethnic, national, and cultural identity are all very real things, and studying and documenting our history can give us a deeper, more meaningful glimpse into our ancestral pasts, and how we got to where we are today.”

Meantime, First Vice President of the council, Phael Lander, has also conveyed his excitement and eagerness to “get started” on the initiative as he thinks it’s a timely and much needed conversation to have with Dominican youth. He said the planned interaction with young people in schools not only aims to teach them about our black history, but also to find out how much they know and what they want to know.

“This is why at the end of each engaging session, we will play a game of jeopardy to see how well our young people respond to information on the aspects of our history that they can actually relate with- not the colonial stuff that’s just taught in schools, and also just because it’s fun,” Lander stated.

The National Youth Council of Dominica plans on taking over classes at selected schools on Thursday 25th and Friday 26th February 2021, to undertake this initiative that the organization hopes “will create the spark needed to lead the way to a greater appreciation for Dominica’s culture among the youth today.”

This year, Black History Month, which is traditionally recognized in the month of February in the U.S and generally accepted elsewhere, is being celebrated under the theme, “Black Family: Representation, Identity and Diversity”.

This is in the hope of raising the awareness worldwide or the importance of the institution which is the black family and the impact it has on the development and togetherness of the black community. This moment is also used as a time to educate, uplift and enlighten the world on the beauty that is black history, black culture and black heritage.