Dominica’s culture was on full display at the Expo 2012 being held in Yeosu, South Korea courtesy of the Paix Bouche Cultural Group.

The group captured the imagination of audience during its Genesis performance on Thursday with songs like “Ma Bello”, “Feelin’ Hot”, and a traditional Bele dance accompanied by the songs “Day Day” and “Fire Brigade.”

But that was not the beginning of the group’s display of Dominica’s culture in South Korea. On the night before their first show they held an impromptu freestyle performance in a back room where performers from Senegal, Azerbaijan and the Ivory Coast danced and pranced to the sounds of their drums.

The main performance itself culminated in a lapeau cabrit display and parade at the Atlantic Joint Pavilion of the exposition.

The group is led by its leader and Cultural Officer Mickael Ferrol.

Expo 2012 is an international exposition which opened on May 12 and runs to August 12 with more than 100 countries and organizations attending. About 8 million visitors are expected to visit the expo by the time it ends. 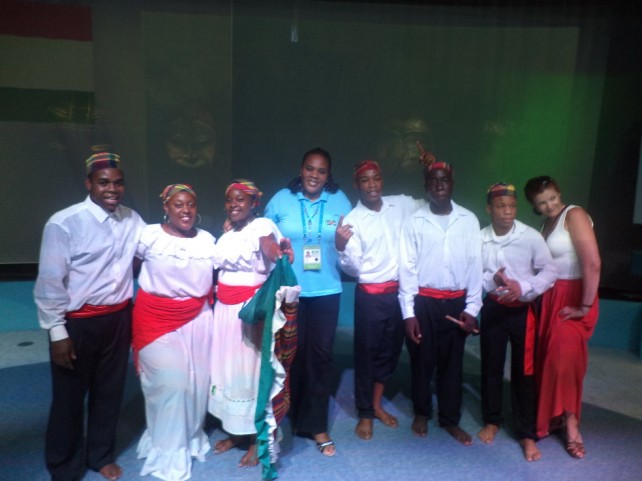