Prime Minister Roosevelt Skerrit has urged Dominicans who are citizens of the United States and who live in that country to go out and vote on Election Day which is slated for Tuesday, November 8 when Republican Donald Trump faces Democratic candidate, Hilary Clinton.

Addressing a Diaspora Forum at the State House on Tuesday, he pointed out that voting is both a right and a privilege.

“I am aware that many of you here currently reside and are eligible to vote in the United States of America,” Skerrit said. “I am not here to tell you who you should vote for, but I implore you to go out and vote.”

He said Dominicans who US citizens should carry that citizenship with pride and honor adding that he has a problem with those who sit and complain without doing anything to bring about change.

“I have a fundamental difficulty with persons who sit on the sidelines of national development and complain while not doing anything to influence positive change,” he said. “Voting is both a right and privilege. My advice is you get out there next week and vote if you have not already done so.”

The Prime Minister stated that here in Dominica general election is far away and this provide an opportunity to reflect on the progress of the island over the last 12 months and plan for further development.

“For the next two years, I want there to be no red, green or blue in our attitude to the development of this country,” he remarked. “We have a golden opportunity to rebuild a strong and thriving country and economy for future generations and I would love for all Dominicans to sign on to this task.”

“We need all hands on deck,” he added. 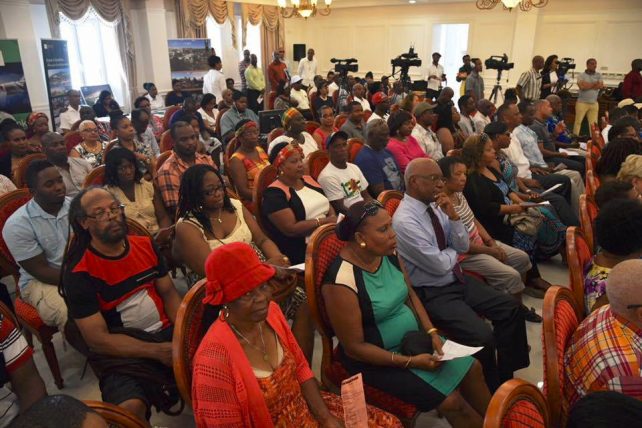