The main highway connecting Roseau and Portsmouth was blocked on Monday as villagers from Salisbury mounted protest action.

DNO was told the protest began as early as 3:00 am, with protesters using old vehicles and debris while lamenting the state of the roads in the community.

Traffic is at a standstill and police have descended on the area.

MP for the area, Hector John, told DNO on Monday morning that protesters say they will continue protest action until word is heard from the authorities.

He said for 15 years Salisbury has been victimized and neglected by the government and residents cannot take it anymore.

He stated that farmers cannot access their farms and the road in the community itself is in a terrible state.

“No amount of provocation will prevent us from standing up,” he said. “We have been victimized.”

DNO is following this unfolding story and will provide information as it becomes available. 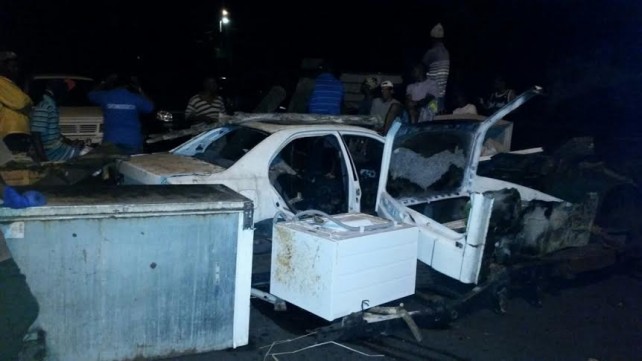