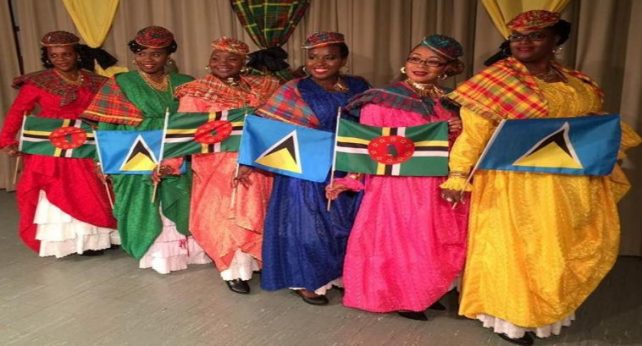 Toronto: The Commonwealth of Dominica Ontario Association (CDOA) and the St. Lucia Toronto Association (SLTA) will once again join forces to celebrate Creole Month in Canada, with the hosting of the 3rd Annual Two Island/One Culture – Madam Wob Creole Canada.

This event showcases Dominica’s and St. Lucia’s cultural heritage, through traditional dances, folk songs, and a colorful display of their national dress the “Wob Dwiyet”.

The Madam Wob Creole Canada competition now in its 3rd year, will be the highlight of the evening, and will feature four participants of Dominican & St. Lucian descent who will be judged on poise, knowledge of their respective islands, creative wear using madras and the ability to display their island’s traditional wear, the “Wob Dwiyet”.

The competition serves as a platform for the participants to promote various attractions around the islands and to bring an understanding of Dominican and St. Lucian culture, Creole language and history to the Canadian public. The winner of the event receives the opportunity to be a cultural Ambassador for their respective island, and to serve as a role model for other women of the Caribbean.

The Madam Wob Creole event has attracted a sold out capacity of 300 and continues to grow in popularity and this year’s show is expected to do the same. The event has received acclaim over the last few years for its creativity and originality in becoming a premier Creole cultural event in Canada.

This Cultural Showcase, one of Toronto’s annual observances of Creole Month in Canada, is slated for September 30th, and will begin at 6:30pm at The Latvian Community Centre, 5 Gervais Drive in Scarborough.