Some residents of the Tete Morne area are complaining that they feel neglected by the Roosevelt Skerrit led administration, saying road conditions leading to their homes are extremely poor.

A resident, who spoke to Dominica News Online and who chose to remain anonymous, said the road is in need of urgent attention and repair.

“The road in Grand Bay from the secondary school all the way in the village especially up to Tete Morne is in a very bad condition,” the resident who has been living in the community for 26 years, said. “No attention is being given to the road and every time we make a case about it they come, put sand in the holes and then when it rains it gets worse because the road does not have proper drainage … so the water causes the small holes to turn into big holes.”

He pointed that the condition of the road is causing major damage to the vehicles that travel on it on a daily basis.

“Grand Bay is a Labour Party stronghold and I don’t know why the government is turning their back on us like that. All other places are getting attention and this village is getting no attention. It’s almost as if it’s animals that are living there,” he said.

Tete Morne is part of the Grand Bay constituency.

The resident noted that members of the community have had several discussions with the Parliamentary Representative, Justina Charles, on the matter. However, no action has been taken.

“They keep saying that they will look into it but nothing has been done. We spoke to her (Justina Charles) directly as recent as last month and nothing has been done and our vehicles are paying for it. Why pay license and insurance and we cannot have good roads?” the irritated resident asked.

Attempts by DNO to contact the Minister for Public Works, Rayburn Blackmoore, and Charles on Wednesday, were unsuccessful. 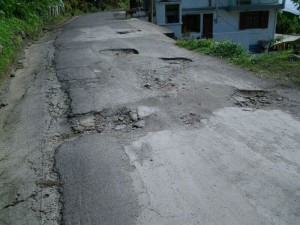 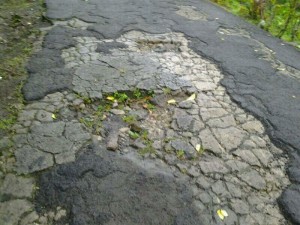