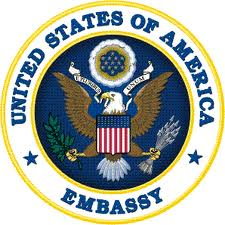 As Dominicans work to regain a sense of normalcy following Tropical Storm Erika, the Embassy of the United States of America has released an additional USD$100,000 to expand its disaster-relief support to the island.

The United States Agency for International Development (USAID), through its Office of Foreign Disaster Assistance (OFDA), is providing the additional USD$100,000 in funding to augment an initial USD$50,000 humanitarian assistance contribution made to the Dominica Red Cross Society. USAID/OFDA is currently coordinating its support on the ground to ensure that assistance reaches the most hard-hit communities and individuals.

USAID/OFDA also provided USd$10,000 emergency relief funding that supported the island’s immediate needs in the days following the storm. This Government of the United States of America has supported the rapid deployment of Surge Consultants to assist with damage assessment; secured vehicle rental and fuel for the Red Cross and the Emergency Operations Center (EOC) for delivery of relief supplies, and funded clean-up and restoration of the Meteorological Services building housed at the Douglas-Charles airport which was flooded.

In the immediate aftermath of the storm, USAID deployed a six-member assessment team to Dominica to provide initial damage assessments and needs analysis, and provide on-island coordination of the United States Government’s disaster response efforts. In addition to visiting impacted communities, the team has collaborated with local government and Disaster Management Officials as well as representatives from the Red Cross, the Pan American Health Organization, and other National Emergency Operations Center (NEOC) officials.