The community of Pichelin has received a new state of the art ‘Clinic in a Can’ mobile health clinic.

It is essentially a 20-foot-long container that has been converted to an emergency movable primary care unit. It is equipped with all the necessary medical equipment required for a fully functional clinic.

The mobile clinic was presented to the Ministry of Health on Thursday at the Princess Margaret Hospital by donors Clinic in a Can and Biomedical International Corp.

Speaking at the handing over ceremony, Permanent Secretary in the Ministry of Health Davis Letang said, “Pichelin was one of the communities most hit by Hurricane Maria and the only community where the health center vanished, it disappeared. If you were to go to Pichelin now you would see no sign of a health center.”

He said that the Clinic in a Can will help complement the activities that are being undertaken by the primary health care sector, saying the aim of that sector is to ensure that health care services are made accessible to the people.

“We recognize that while the basics are there, there are some additional infrastructures we would have to put in as the Ministry of Health to make the people who are going to use it more comfortable,” Letang said.

He noted that the clinic is expected to be assembled in Pichelin within the next month since land has already been cleared and the ministry will soon get into a contractual arrangement to get the facility completed so that the clinic can become operational.

He noted that work commenced on the New National Hospital but has been placed on halt as the Chinese construction company is regrouping.

“Hurricane Maria has made it imperative that we now look back and look at the designs and functionality of the new national hospital,” he stated. 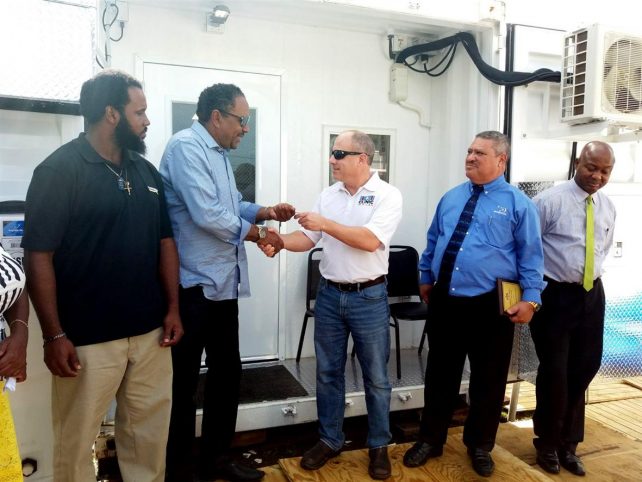