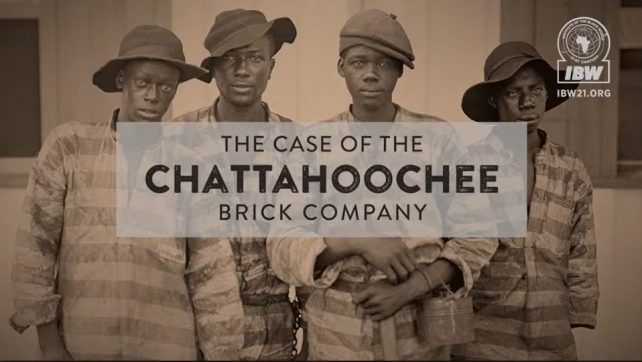 Below is a Special IBW (The Institute of the Black World 21st Century) Labor Day weekend video premiere — Convict Leasing, Forced Labor and Theft of Black Wealth: The Case of the Chattahoochee Brick Company.

Background: The Chattahoochee Brick Company was a brickworks located on the banks of the Chattahoochee River in Atlanta, Georgia. The brickworks, founded by Atlanta mayor James W. English in 1878, is notable for its extensive use of convict lease labor, wherein hundreds of African American convicts worked in conditions similar to those experienced during antebellum slavery. It is speculated that some workers who died at the brickworks were buried on its grounds. The brickworks was discussed in Douglas A. Blackmon’s Pulitzer Prize-winning book Slavery by Another Name, released in 2008. The property ceased to be an active brickworks in 2011.