Recently Dominican artist, Shadrach Burton, opened his fifth solo art show in China, where he has been making a name for himself in the art world.

In many ways the show is a culmination of years of interest in art since he has been participating in art exhibitions from the age of 12. He held his first solo art show at the Old Mill in 2006.

Burton describes himself as a social media contemporary artist. His early (pre-China) painting style was influenced by Earl Etienne Ellingworth Moses. His older brother, Gharan, is also an oil painter in New York.

The artist is from Wotten Waven and is a former biology teacher at the Dominica Grammar School.

In 2007 he moved to China to pursue studies in oil painting at the China Academy of Art.

Although Burton is currently doing a Master’s Degree in oil painting he dabbles with almost anything which involved making art including poetry, photography, cyber graffiti, building art installations and making videos.

His latest collection of art dubbed “Meanwhile … ” was inspired by the recent onset of smog in the city where he lives in China. He uses excessively thick paint with wild brushstrokes to represent the polluted air and a complete painting may have up to 40 pounds of oil paint on the canvas.

Over the last few years he has been making a name for himself on the art scene in Hangzhou (a “small” city of about 7-million people located to the south of Shanghai).

The word “Neo-expressionism” is sometimes used to describe the artwork of Burton but it really is hard to put a clear label on what he does partly because of the fact that his art is continually evolving.

Since his days as a young teen artist on the local art scene he has gone from being a mostly landscape painter to being the social media contemporary artist he is today.

When he is not busy creating art, Shadrach often spends time outdoors skateboarding or riding BMX with his friends and sometimes does petty modelling jobs.

Burton is scheduled to graduate next July after which he intends to return home to Dominica and help young artists to chase their dreams both by serving as a source of inspiration and actually teaching art classes.

See two paintings of the artist below. 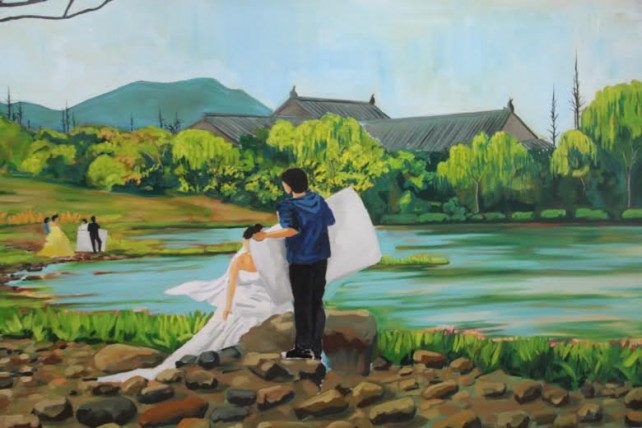 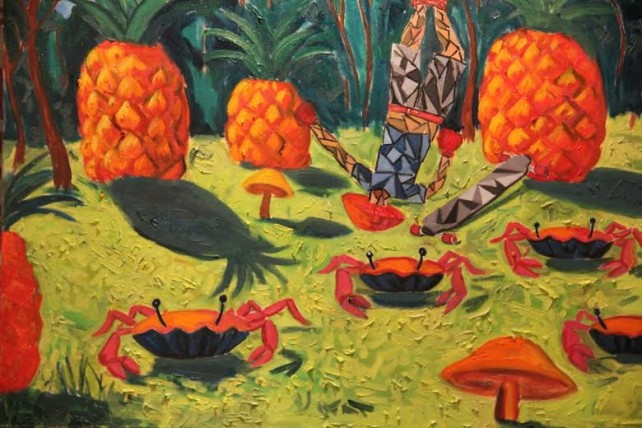