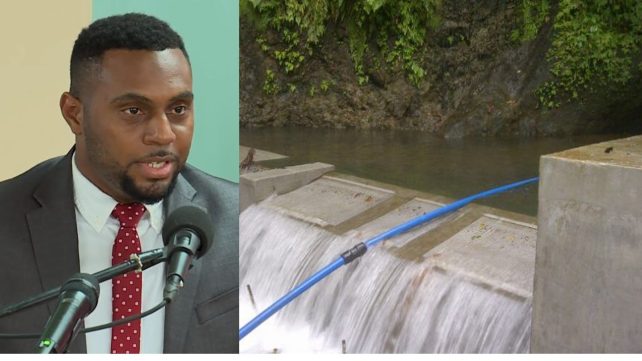 Work should begin by the end of the first half of 2022 to greatly enhance the water systems across Dominica, according , to Minister for Public Works and the Digital Economy, Senator Cassanni Laville.

Speaking on the occasion of World Water Day which was observed on Tuesday under the theme: “Groundwater, making the invisible visible”, Laville announced that plans are in place for the project which will cost a total of approximately EC$90 Million.

Laville said of significance are the systems of Calibishie, the eastern districts including Castle Bruce, Grand Fond, Riviere Cyrique and Morne Jaune, Roseau Valley and the west coast.

The senator called on the public to continue to be conscious about the conservation of such a precious resource as Dominica builds resilience, “to ensure that generations after us can continue to enjoy pristine water readily accessible throughout a robust network.”

Meantime, Laville said the Covid-19 pandemic has demonstrated the critical importance of sanitation, hygiene and adequate access to clean water for preventing and containing diseases.

“Hand washing is promoted as one of the most effective ways to prevent the spread of the Coronavirus,” he stated.

Laville continued, “It is for this reason the Government of Dominica took the initiative to erect several hand washing stations around the City of Roseau to ensure that citizens have access to water for washing of hands.”

World Water Day which has been observed on the 22nd of March every year since 1993, celebrates water and raises awareness of the 2 billion people living without access to safe water.