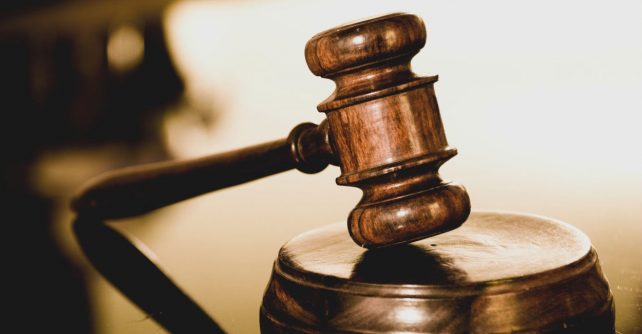 High Court Judge, Justice Wyante Adrien-Roberts, has ordered no further incarceration for two men who served their time in prison while on remand awaiting trial. However, only one was allowed to walk away from the court on December 15, 2020.

Jonathan Walsh of River Street, charged with Unlawful Wounding of Shane Dorival, and Denny Shillingford of St. Joseph, indicted for Taking Conveyance, both pleaded guilty to their respective charges.

With the maximum penalty for Unlawful Wounding being 2 years in prison, attorney for Walsh, Darius Jones on behalf of the Legal Aid Clinic, argued in his plea in mitigation, that his client had already served his time in prison.

In handing down her sentence, Justice Adrien-Roberts gave a starting point of 18 months.

For the aggravating factor of the offense, that is, Walsh was motivated by an intention to cause harm, the Virtual Complainant (VC) apologized to him, he was armed with a deadly weapon, namely a cutlass, he wounded the VC first from the back, his comments made after the incident and the fact that the VC suffered permanent disability in his pinky finger, the time was adjusted to 24 months.

Other aggravating factors of Walsh which also contributed to the additional 6 months being added to his time was his previous convictions of similar offenses, and at the time of committing the offense, he was under the influence of cocaine and alcohol.

The mitigating factors which went in his favor were that Walsh was a 24-year-old who showed remorse. A one-third deduction was also granted to him for his guilty plea.

Having spent 2 years and 1 day on remand, Walsh was handed down a sentence of time served and  no further incarceration  issued.

The fisherman was, however, ordered to pay $11, 435 in compensation  to Shane Dorival for injuries which he suffered.

In default, Walsh will be imprisoned for 3 months and at the end of his incarceration, the full sum of $11,435 will become due and payable.

Meanwhile, Denny Shillingford, on the other hand, who was given a similar sentence, was placed back on remand as he has two other outstanding matters.

Shillingford pleaded guilty to the charge of Taking Conveyance which carries a maximum penalty of 5 years in prison.

Justice Adrien-Robert’s starting point was 6 months in prison but based on the aggravating factors which included Shillingford being on bail whilst the offense was committed and the fact that he has committed several similar offenses, an additional 6 months was added.

For his expression of remorse, 3 months was deducted while one-third of the time was removed for his guilty plea.

Having spent 8 months , one week and 1 day on remand, Shillingford spent more time on remand awaiting trial than the court would have sentenced him to.

Despite several requests by Shillingford to be released, the Judge advised him that the two outstanding matters —Malicious Damage and Possession of Cannabis— which were pending against him, were matters for the Magistrate’s court and she could not grant his request at the High Court.