A Jamaican reggae artist and a British rocker meet in London in 1963, sparking a powerful story of friendship and cultural revolution. Rise Up, Sista, Kristine Simelda’s new novel, is set to release November 15, 2021. Dedicated to the life of Nelly Stharre, a Dominican reggae artist who passed away in 2015, Rise Up, Sista explores the amazing diversity of music written and broadcast during the 1960s and beyond—rhythms that served as a uniting force during times of change and political unrest.

Since she first settled on the Eastern Caribbean island of Dominica in 1994, Simelda has endeavored to authentically and empathetically record her cross-cultural experiences as an American expat living within Caribbean culture. In the author’s note in Rise Up, Sista, she recalls the moment she first discovered reggae music after many years of being exposed to U.S. and British pop music. According to Ms. Simelda, Rise Up, Sista, shows the ways music can transform lives and cultures and how countries can successfully communicate positive vibes from both sides of the Atlantic.

Simelda says she hopes to encourage fresh artistic endeavors within the Caribbean by writing about the diverse cross-sections of global music and popular culture. Although Dominica is not exactly a literary hub as yet, she has faith that books like Rise Up, Sista and her work with Dominican writing groups such as Waitukubuli Writers, will empower other communities of artists, musicians, and writers to keep the vibrations of One Love alive.

Set in the UK and Jamaica, Rise Up, Sista is a story about female friendship and the power of music to change individual lives and popular culture that spans over fifty years. Mercy Mae Williams, a Jamaican reggae artist, and Annabelle Sinclair, a British rocker, meet as young women in London in 1963. It’s a heady era—cultural revolution and fresh musical genres explode on both sides of the Atlantic.

Kristine Simelda was born in the U.S. and writes from Dominica, the Nature Island, where she has lived since 1994. As a long-time resident of the Caribbean region, she is concerned with the big picture from a small island perspective. Her main focus is recording cross-cultural experiences with empathy, engagement, and respectful appropriation. While Rise Up, Sista is her most recent publication, she has previously written three novels, a novella for Young Adults, and many pieces of published short fiction.

TouchPoint Press is a traditional publisher of fiction and nonfiction. Our staff is comprised of professionals whose collective experience in publishing, editing, journalism, design, and marketing set the stage behind our growing list of published titles. We are proud to work with talented authors and strive to be as innovative and energetic as possible from acquisitions to promotion before and after publication. 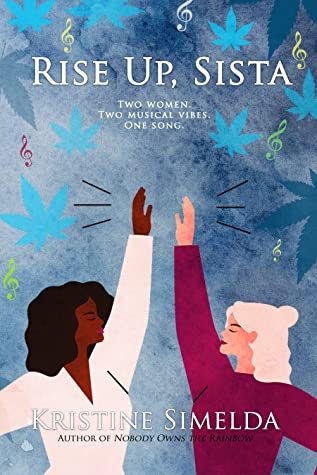