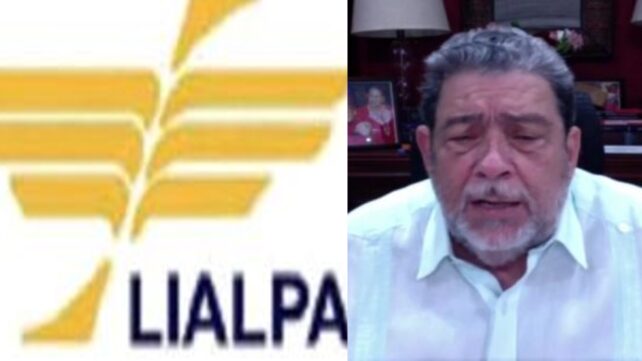 The Leeward Islands Airlines Pilots Association (LIALPA) says it is disappointed and saddened by the unfortunate comments made by St. Vincent and Grenadines’ Prime Minister Ralph Gonsalves.

Gonzalves said on the radio last week that he has a plan on how to save the cash-strapped LIAT but he was placing the issues facing the airlines on the back of its former workers.

In fact, Gonsalves said, they needed to be blamed in part, for the demise of the regional carrier.

But that statement is not sitting well with LIALPA, who are claiming that Gonsalves is simply playing cheap politics.

They claimed that he had been silent for virtually two years and in his first address, he found it most fitting to chastise the workers in their time of need.

LIALPA said it views the notion that workers are to be blamed for the failure of the airline as inaccurate, and a cheap shot.

“According to media reports, a decision was made by you and another shareholder Prime Ministers to liquidate the company in June 2020. The airline has always been tumultuous for reasons beyond the staff’s control. What should be of supreme importance to you Sir, and the other Shareholder Prime Ministers during these unprecedented times of financial fallout for workers, is to collectively solve the issue of owed entitlements to the terminated workers,” LIALPA said in a letter on Sunday.

According to the Association, every step of the way, the workers have remained loyal whilst making many sacrifices, through delayed salaries, being owed monies, no pay increases, and the disregarding of workers’ rights through the years.

“They have lent their unwavering support, aiding the airlift in moving people and supplies in and out of islands that were destroyed by hurricanes. They brought nurses from Cuba to various islands in the fight against the pandemic,” the letter further states.

LIALPA adds that despite these impediments, these issues did not hamper their drive to be one of the safest airlines in the region if not in the Western Hemisphere.

“LIAT had an envious safety record transporting yourself, other Prime Ministers, citizens, and tourists alike. Now, to be discarded as used and spent entities taking one for the political team, you have shown no empathy [for] the plight of the LIAT workers. We don’t need platitudes or trying harder or influencing, we need leadership from the four Shareholder Prime Ministers,” the pilots association stresses its letter.

LIALPA wants the Shareholder governments to emulate the “commendable responsible leadership of the St Lucian Prime Minister, the Hon. Philip J. Pierre, in honoring the debt of the St. Lucian workers.

Terminated workers have been on the breadline since April 2020 after the airline took a financial nosedive during the start of the Covid-19 pandemic.

Former workers are owed millions in severance and other payments, which they have been crying for since they were sent packing.