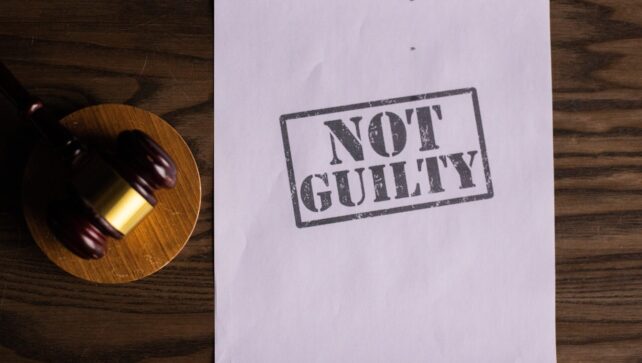 When the September Session of the Criminal Court got underway at the High Court in Roseau earlier this week, seven individuals who appeared before new resident Judge, His Lordship, Justice Richard Floyd for arraignment all pleaded not guilty to their charges.

At the court hearing, Grevious Bodily Harm (GBH) and sexual matters were the only cases on the court’s list.

The first accused to appear before the court was Vincia Marlyn St.Rose who is accused of unlawfully and maliciously wounding Erickson Sampson with intent to cause Sampson GBH on September 7, 2019, at St. Joseph.

Following St. Rose’s not guilty plea to the two charges, State attorney attached to the office of the Director of Public Prosecution (DPP), Daina Matthew, told the court that the prosecution had no objection to the continuation of bail for the accused with the same condition.

St. Rose, who is represented by attorney-at-law Peter Alleyne from the Legal Aid Clinic, is expected to return to court on October 31, 2022, for case management.

Denley Joseph also appeared before the court for GBH with intent and unlawful wounding. According to the indictment, he is accused of unlawfully and maliciously wounding Tamina Albert with intent to cause her GBH on August 5, 2013, at Laplaine.

There was no objection to the continuation of his bail after he pleaded guilty to both charges and the accused was released. Joseph is represented by attorney-at-law, Gina Abraham-Thomas and Wayne Norde.

Meanwhile, two men appeared before the court unpresented and sought assistance from the Legal Aid Clinic.

Chaddie Esprit, who is on remand at the Dominica State Prison, pleaded not guilty to unlawfully and maliciously wounding Shadrack Francis with intent to cause Francis GBH on January 21, 2022, at Great Marlborough Street, Roseau.

James George, who is on bail for GBH with intent and unlawfully wounding Dennison Langlais on August 12, 2018, at Massacre, pleaded not guilty to the two charges but told the court that he would be in need of representation.

The Director of the Legal Aid Clinic, Alleyne, who offered his assistance to the accused men during their arraignment, told the court that he will make an attempt to seek counsel for them.

As it relates to the sexual matters, three men had their bail continued following their not guilty pleas to charges of Unlawful Sexual Connection (USC), Unlawful Sexual Intercourse (USI), indecent assault and rape, respectively.

Attorney-at-law, Kondwani Williams is representing an accused man who stands charged with USI and Indecent Assault of a 12-year-old girl while defense counsel, Abraham-Thomas and Norde represents another indicted on three sex related charges– USC, USI and indecent assault– against a 14-year-old girl.

At the hearing, attorney Joshua Francis recused himself as counsel for a man charged with rape and indecent assault and informed the court that defense counsel Darius Jones will now take hold of the matter.

All matters were adjourned to October 24, 2022 for case management.

Meanwhile, the court has set October 17, 2022, as the tentative date for trial of Samantha Cabey.

Francis and Jones informed the court that the delays in the matter was as a result of the prosecution’s refusal to fund the defense request for a forensic accountant which they deem vital to their case.

In response, State attorney attached to the Office of the DPP,  Marie Louise Pierre-Louis told the court that the prosecution was firm on its position citing case laws to support their decision.

However, Justice Floyd said he will make a decision on the issue at hand and ordered the defense to submit an application on or before September 30, 2022, while the prosecution was given a deadline of October 7, to give their response.

The prosecution further gave notice to the court they intend to call 25 witnesses to the stand during the prosecution of this matter.