About the time when Dominica and The   Republic of China Celebrates ten years of harmonious friendship the National Youth Council of Dominica and the Embassy of the People’s Republic of China made sure that the youth was not left out in getting to take part in the fusing of cultures and the celebrations that came along with it .

The first of its kind in Dominica, Dominica-China Youth Friendship week was held from September 22nd– September 27th 2014.  Throughout the week there were a series of activities to engage the Dominican youth and the Chinese youth living in Dominica.

On Monday September 22nd the opening ceremony was held at the Orion Academy. The opening was addressed by the President of the National Youth Council of Dominica Jahisiah Benoit, The Chinese Ambassador Mr. Li Jiang Ning and the Hon. Minister of Culture, Youth and Sports, Mrs. Justina Charles.

The students of the Orion Academy got to interact with some of the Chinese representatives, practice some of the language and to take part in short Chinese skits after the ceremony.  Orion Academy is the first School on island which has included a Mandarin language class in its curriculum.

As part of the week of activities an open movie night was held at Krazy Coconuts on Wednesday 24th. The movie and cocktail mixer was open to the General public. The Youth of Dominica got to socialize with the Youth of China living in Dominica once again. Participants enjoyed a popular movie namely the ‘Chinese Zodiac’ by Jackie Chan, which highlighted both the Mandarin and English Languages.

A Table-Tennis Tournament went on successfully at the Bath Estate Community Center on Thursday September 25th where sixteen (16) players from Dominica and the Peoples Republic of China participated in a friendly table tennis tournament.

On Friday 26th, the Students of the Goodwill Secondary School got the opportunity to host the Moon cake and Chinese Cuisine event.   . The Chef of the Embassy of the Peoples Republic of China in Dominica was present to teach the students how to prepare a popular Chinese dish, i.e. stir fried eggs with tomatoes. The students also had a chance to practice their ability to prepare the dish.

The Chef also demonstrated a more complex Chinese dish made of fish and vegetables.

As an added treat, over fifty students were joined by Members of Staff of the Ministry of Foreign Affairs as they experienced the taste of Chinese Moon Cakes for the first time. Moon Cakes are a traditional Chinese dish which is often given as a gift during the Mid-Autumn Festival.

And of course, sports is a language we all understand and so, on Saturday 27th a football tournament was held at the Windsor Park Stadium. The Ambassador of The People’s Republic of China Mr. Li Jiang Ning and The Minister of Culture, Sports and Youth Mrs.  Justina Charles kicked the first ball to open the event of the day.  The Dominica-China Friendship week was then brought to an end with a closing ceremony right after the games.

On This week’s episode of Youth-Camera-Action, a show aired live on Marpin 2k4 every Wednesday evening, the President of the National Youth Council of Dominica reported that the public was receptive of the events and all activities were very well attended. The Embassy of The People’s Republic of China in Dominica in Collaboration with the National Youth Council of Dominica hope that this will become a recurring activity in years to come. An event which will give an opportunity to the youth of both Nations to share their cultures with each other and help create a more harmonious relationship even at the level  of the youth . 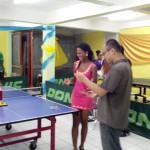 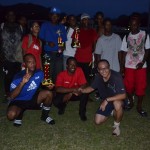 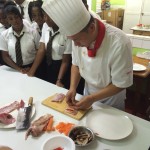 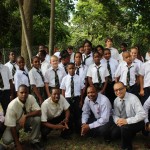 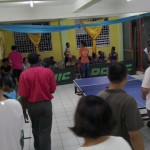 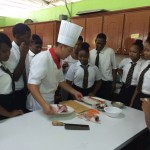 By National Youth Council of Dominica