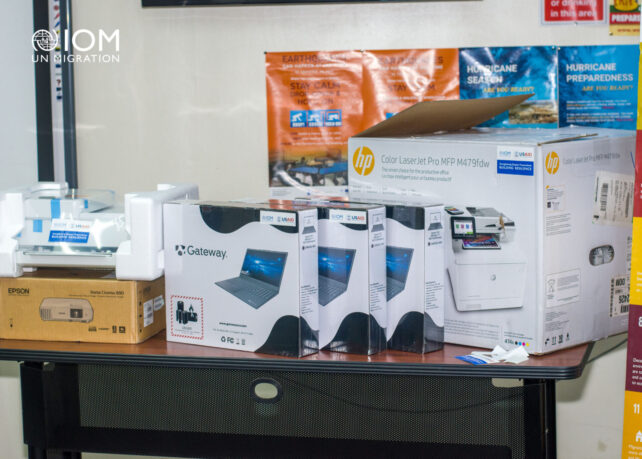 Dominica is located in the tectonically active island arc of the Lesser Antilles and has 9 active volcanoes that could erupt at any time.  The Office of Disaster Management (ODM) is emphasizing the need to be always prepared for an emergency and has received support from the International Organization for Migration (IOM) to improve preparedness in communities surrounding the new Regional Emergency Shelters.

Building on the Hurricane Maria experience in 2017, the Government of Dominica constructed three purpose-built Regional Emergency Shelters in Jimmit, Layou and Castle Bruce, to alleviate the challenges of long-term displacement of people into traditional emergency shelters (particularly schools and churches).  Several factors differentiate these new emergency shelters from the traditional ones. IOM provided technical support to update the Draft Standard Operating Procedures (SOPs) make provision for sudden onset emergencies like an earthquake or volcanic event.

“We are well aware that effective disaster risk management requires a whole of society approach,” explains Disaster Coordinator Fizroy Pascal. “The ODM stands ready to collaborate with stakeholders who are working towards addressing the issues that undermine human security, especially that of very vulnerable persons. The workshop on volcanic seismic hazard money management, emergency communication, shelter management for regional emergency shelter managers was very timely, especially since much focus has been placed on Hydromet events.”

The Early Action for Preparedness of Communities project also supported 2 workshops to improve the knowledge of 15 community disaster managers including Emergency Shelter Managers from around the island about volcano and seismic events in Dominica, emergency communications, and management of the Regional Emergency Shelters in the event of such a disaster, using a people-centred approach of empowerment and protection of the most vulnerable for increased human security. The knowledge gained will facilitate improved planning and service provision at the community level, including surrounding communities ear-marked to evacuate to the Regional Emergency Shelters.   The project also printed posters and booklets and translated materials for public education at the community level, and for the first time, produced ID cards for Managers and Assistant Managers of all the official emergency shelters in Dominica.

Speaking after the ceremony, volcanologist, Davitia James shared that the training sessions were a success and the information was well received. She added that “It was very clear that we we live in Dominica, we know we are surrounded by a lot of mountains, a lot of volcanoes, but it isn’t something that really is at the forefront of most people’s minds. Like they think of hazards and natural disasters. The main thing that comes to mind hurricanes, and floods and landslides, because those are the ones that we see more often on a regular basis. But these aren’t the only hazards that we have to contend with. And, you know, this is something that we really do have to prepare for.”

IOM also used the funding from the USAID Bureau for Humanitarian Affairs (BHA) to provide equipment that was needed to support administration of the emergency shelters in the event of sudden occupation, and the inhouse production of ID cards for shelter management.

Communications Assistant for IOM Dominica, Maxine Alleyne-Esprit shares: “It was important to have things like printers and copiers and scanners. We also provided three laptops for the Emergency Regional Shelters, two executive chairs and a laminating machine that will be used for the sustainability of the ID card production. When we have new emergency shelter managers come on board, there will be the ability for the office of disaster management to produce those ID cards in house.”

The UN Migration Agency IOM continues to partner with the Government of Dominica to achieving the objectives expressed in the National Resilience Development Strategy (NRDS) 2030. This project contributed to the NRDS objective that all communities in Dominica will be classified as Resilient Communities, and to objectives 10 (target 10.7), 11 and 13 of the global Sustainable Development Goals (SDGs).

Head of Office at IOM Dominica, Natasha Greaves expresses: “We [IOM] have the mandate as the organization responsible for safe and orderly management of people moving; so one reason to get involved. The other reason is Dominica, as beautiful as it is, we are living in a multi hazard environment. We’re not just dealing with earthquakes, probably hurricanes, but we have volcanic activity. So that is another reason why we should get involved. And when these things occur, it also plays a significant impact on our human mobility.” 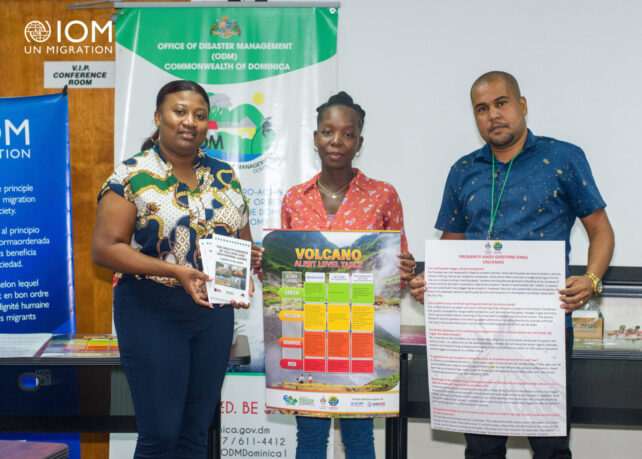 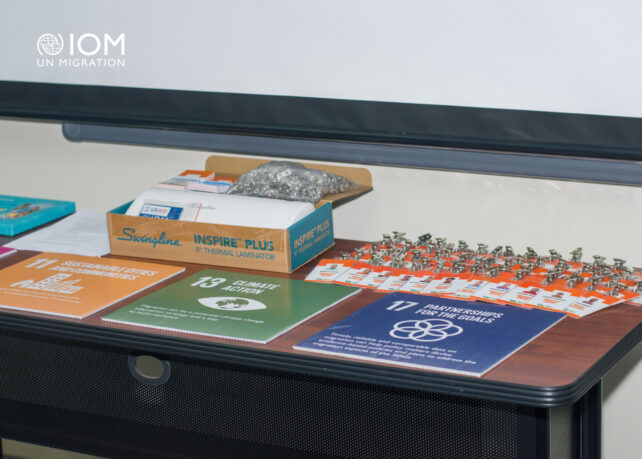