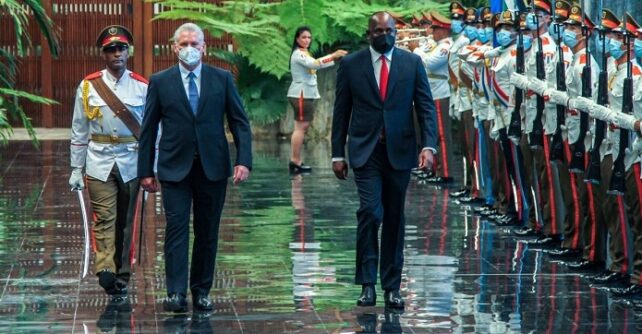 Prime Minister Roosevelt Skerrit has reminded Dominicans of Cuba’s continued support to the country over the years.

He was speaking during a homecoming ceremony held in his honor upon his return to Dominica after receiving the José Martí award in Cuba.

“Cuba has been faced with an embargo for several decades, denying them the opportunity to properly provide for their citizens, but here it is a country like Cuba there is so many economic and financial challenges, but have been reaching out to countries like Dominica in providing scholarships to our children and also providing support for our health system,” he said. “And so we will continue to extend and express our gratitude to the government and people of Cuba.”

Skerrit also highlighted Cuba’s assistance in sending doctors and nurses to Dominica when COVID-19 hit the island and pointed to the number of Cuban-trained doctors and other professionals at Dominica’s main hospital.

Prime Minister Skerrit joined a distinguished list of world leaders when he was awarded the José Martí Award by the Government of the Republic of Cuba on April 26th, according to a release from the Office of the Prime Minister.

José Martí was a renowned national hero of the Republic of Cuba. The Order was established in 1972 and a memorial built in 1978 with the support of former President Fidel Castro. It is the highest decoration given by the Government of Cuba to Cubans and foreign citizens; and Heads of States and Governments, who have distinguished records in the defense of human rights, special contribution to education, culture, governance and the well-being of all peoples. 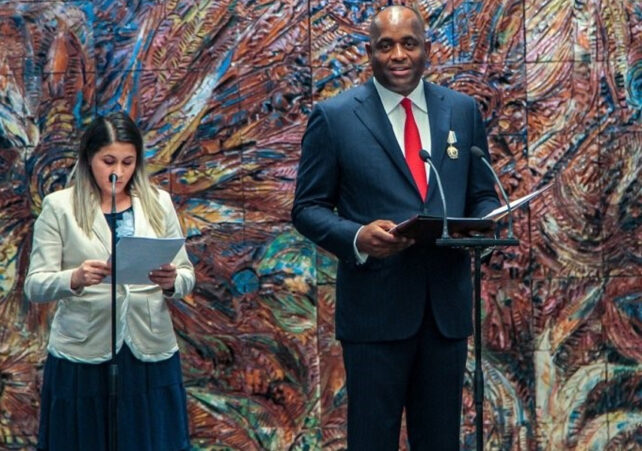 Below is the full text of the speech delivered by PM Skerrit after receiving the José Martí award.