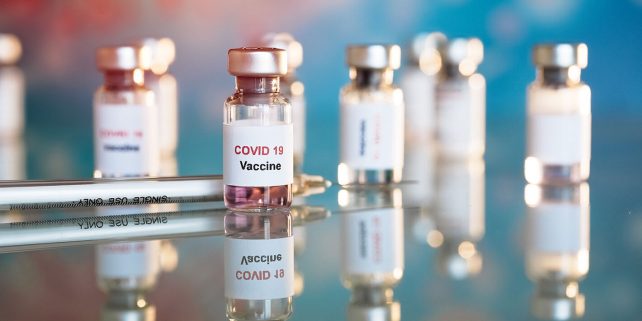 In a letter to Prime Minister Modi on January 19, 2020, PM Skerrit wrote: “As we enter 2021 and persevere in our fight against Covid-19, Dominica’s population of 72,100 is in urgent need of enough doses of the Oxford-AstraZeneca vaccine. I, therefore, request, with great humility and respect, that you assist us by donating the doses we need to make our population safe (optimally 70,000 first and second doses).”

In the letter, Skerrit mentions the enormous challenge faced by citizens in obtaining a vaccine for Covid-19, stating that a large number of Dominicans will not be able to obtain a vaccine for a very long time, given that the country is a small island developing nation, which will not be able to compete with larger nations with greater demand for vaccines and more funds with which to pay for it.

He reminded the Indian prime minister that Dominica has often been the “fortunate” recipient of assistance from India.

“In 2017, in the aftermath of Hurricane Maria, the Government of India graciously provided USD 100,000 for immediate relief, as well as a further USD 1 million for the rebuilding of essential infrastructure. In 2016, India also provided medicine for Dominicans as part of a grant in aid scheme. We hope now to again be able to rely on your generosity,” the letter added.

Dominica is not the only Caribbean country that has written to the Indian leader. Barbados Prime Minister Mia Mottley has asked for access to 200,000 doses of the Oxford-AstraZeneca vaccine.

“We are in urgent need of your assistance and support at this very difficult time,” she said in her letter to the Indian Prime Minister. “Barbados is very much in need of access to vaccines to provide the necessary immunization coverage for a large segment of our population of 287,000.”

She requested 200,000 doses (for 100,000 citizens) and noted that her government would also be willing to purchase the other 100,000 doses should her request meet favorable consideration.

While India has not yet responded, Chinese President Xi Jinping on Monday said China will contribute to COVID-19 vaccine accessibility and affordability in all countries. He made the remarks during a phone conversation with Prime Minister Skerrit.

“In the face of the sudden outbreak of COVID-19, China and Dominica have joined hands to combat the pandemic, a manifestation of the profound friendship between the two sides,”- Xi said, adding that China will continue to provide help and support to developing countries, including Dominica, in the fight against the pandemic.

The Chinese president also said both countries should firmly support the World Health Organization and cooperate to build a global community of health for all.

He further pointed out that in the nearly 17 years since the establishment of diplomatic relations, bilateral ties have made great progress, with both sides supporting each other on issues of core interest, cooperating well in areas such as infrastructure construction, agriculture, healthcare, and education, and deepening the friendship between the two peoples.

He also said China appreciates that Dominica has made the development of its relations with China a diplomatic priority and is willing to continue to assist Dominica in its economic and social development to the best of its ability.

For his part, Skerrit said the Chinese government adheres to a people-centered approach and is committed to addressing the issue of unbalanced development, providing valuable assistance to Dominica and other developing countries in their economic and social development.

He reiterated Dominica’s adherence to the one-China policy, supports the peaceful reunification of China, resolutely opposes foreign interference in China’s internal affairs, and stands firmly with China on issues relating to Hong Kong and Taiwan.

The Dominican prime minister expressed appreciation for China’s leadership in addressing global climate change and stressed that Dominica will actively participate in building the Belt and Road Initiative and promoting the development of relations between Caribbean countries and China.