Police have arrested two male Dominicans on suspicion of drug trafficking in drugs heist worth more than two million dollars.

Police Public Relations Officer (PRO) Simon Edwards said the arrests were made when the fishing vessel which the men occupied was intercepted at sea at about 12:20 pm on Friday 5th July, 2019.

“343 pounds of alleged cannabis weed and 15 kilograms of alleged cocaine were found on the vessel. The men, vessel and alleged drugs were taken into police custody,” Edwards reported. 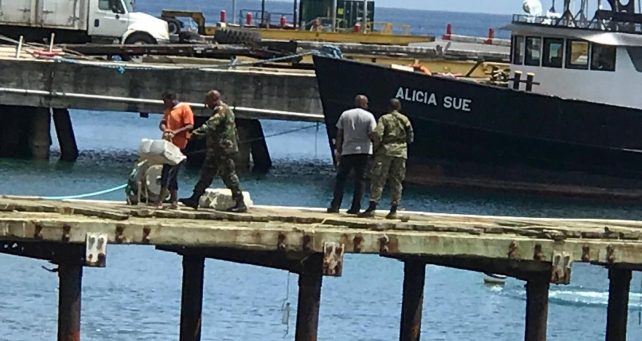