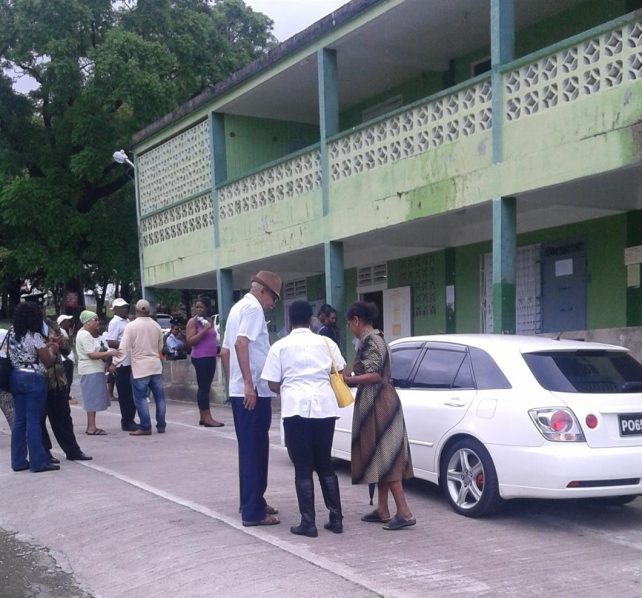 Despite rain in some parts of the Soufriere Constituency, voting is presently underway for a new Parliamentary Representative.

Voting has been slow in some parts of the constituency.

A by-election became necessary in that constituency after the resignation of former Labour Party MP, Ian Pinard, on April 26, 2016, because of allegations of inappropriate behavior involving a minor.

DNO moved across the constituency and took pictures in Scotts head, Soufriere and Pointe Michel.

The candidates, Denise Charles of the Dominica Labour Party and Higgs Adams of the United Workers Party, were not seen in any of the areas visited by DNO.