Prime Minister Roosevelt Skerrit’s being accused of having again ignored the Constitution by failing to consult with Opposition Leader Hector John on the appointment of the country’s police chief.

John who made that allegation almost five years ago when Cyrille Carrette was appointed Police Commissioner, says Carrette’s departure has seen the prime minister giving the green light to Daniel Carbon to act in the post without engaging in the necessary consultation with the leader of the opposition.

DNO reported on Friday (July 6 2012) that outgoing police chief Carette received a directive from the prime minister on the matter.

“All I can tell you is that the prime minister called the chief and told him to hand over the duties of chief to Daniel Carbon from 4pm today (July 6 2012),” a high level source told DNO.

Opposition Leader John insists he was not properly consulted.

He has criticized PM Skerrit’s approach to the matter, labeling it disrespectful and in breach of the Constitution.

John has circulated a copy of the prime minister’s letter to him on the matter: 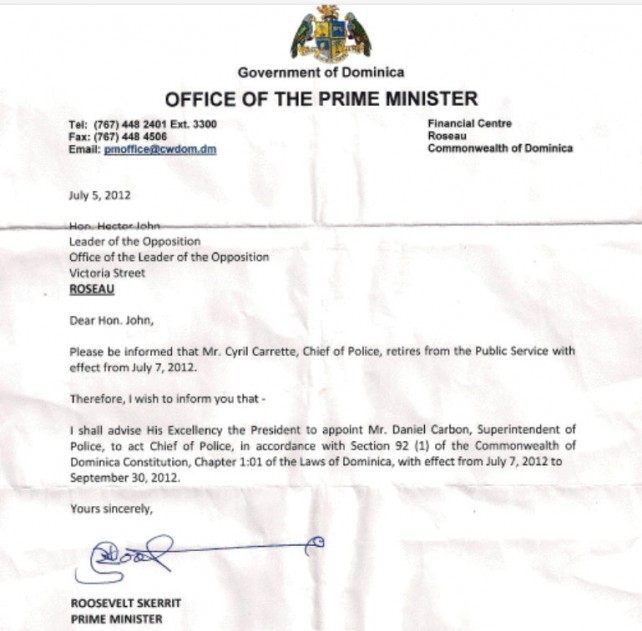