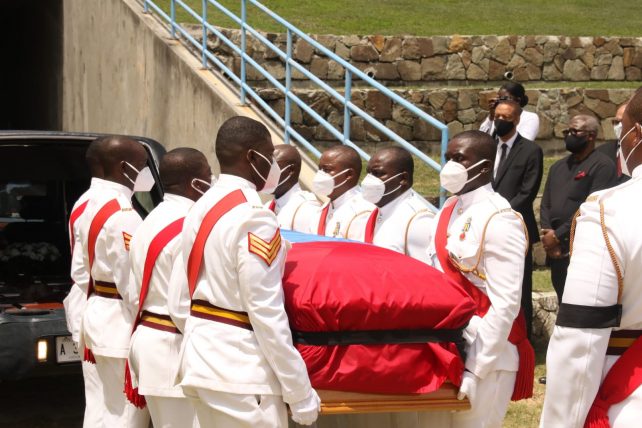 The nation of Antigua and Barbuda today pay their final respects to that country’s second Prime Minister, the late Sir Lester Bryant Bird.

Today has been declared a national holiday, to ensure as many people as possible attend the state funeral for the former national hero who died on August 19th.

Sir Lester’s remains will be buried alongside his mother’s, Lady Lydia Bryant-Bird, in the public cemetery.

He served as the second prime minister of Antigua and Barbuda from 1994 to 2004.

He was chairman of the Antigua Labour Party from 1971 to 1983, then became prime minister when his father, Sir Vere Bird, the previous prime minister, resigned.