Two more of Dominica’s COVID-19 patients have recovered, bringing to seven, the total number of people afflicted with the virus who have tested negative and have been discharged from hospital.

Prime Minister Roosevelt Skerrit made the disclosure in an address to the nation on Saturday evening.

The number of confirmed cases remains at 16 as there has been no new case.

However, with the seven recoveries, the number of active cases has dropped to seven.

In announcing Dominica’s 16th confirmed case of the coronavirus on Thursday, the Minister for Health, Dr. Irving McIntyre, said four patients who all tested negative twice during the preceding 24 hours, were being discharged from the St. James COVID hospital in Portsmouth.

He said those recoveries added four more to the first patient who was discharged on Wednesday.

McIntrye also said that there were three other patients at the St. James facility in Portsmouth and one at the Dominica-China Friendship Hospital, who already had one negative test each. He said the results of the second tests were due on Friday and the patients would be discharged if the tests came back negative.

Based on the Prime Minister’s announcement, two of those tests have again produced negative results.

The latest COVID-19 report from the Ministry of Health is posted below. 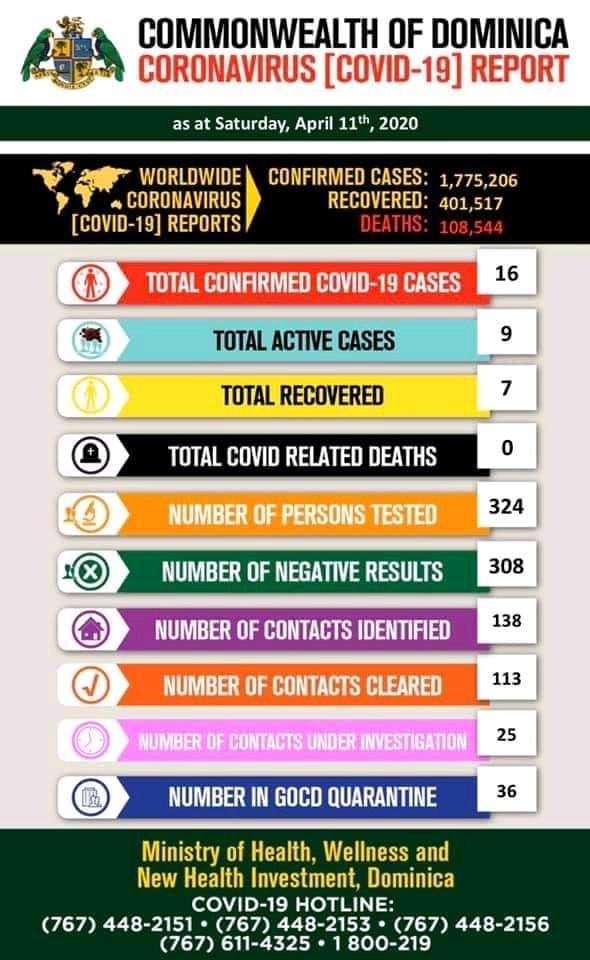