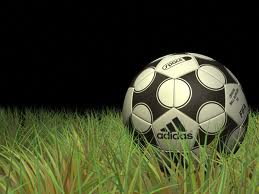 The Digicel Newtown Juvenile Football Academy (DNJFA) is pleased to announce the hosting of a one week Coaching Session for its Coaches, volunteers and students as well as Coaches of other Academies from April 10th – 14th, 2012 at the Newtown Savannah.

The Coaching Sessions will be undertaken by Joao  Botelho of Brazil who now resides in Ajax, Canada.  Botelho has played soccer in Brazil for Botafoga and won top player awards from the National Soccer League from 1996-1998.

He currently holds a United State Soccer Federation (USSF) Class “A” License and a Canadian Soccer Association “B” License. He is the owner of the BST Soccer Academy which was started in 2007 for soccer players from Under 8 – Under 15 which competes under the Soccer Alliance Academy League (SAAC) and is affiliate to the Ontario Soccer Association.

The sessions, both theory and practical are aimed at enhancing the skills and knowledge of the Coaches and volunteers to better meet the needs of the students. Additionally, it will expose the students from age 8 to 16 to drills and other activities aimed at augmenting their talent, ability and understanding of the sport of football