Harlem United, with two goals from the youthful Audel Laville and one from Christley Kernizan, came from behind to win the First Division of the Dominica Football Association (DFA) competition at the Windsor Park Stadium over the weekend.

Playing East Central in the final, Harlem were caught flat footed in the first half of play and Reon Cuffy made them pay dearly for that by putting his team two goals up inside the first 30 minutes of play.

However, a red in the 43rd minute of play which reduced East Central to ten players turned the game around in the second half.

East Central, looking tired, had no answer to the Harlem players and the 3 goals inside the first 25 minutes of the second half to give them the championship, is testimony of their hard work.

Harlem’s coach Don Leogal said once East Central was reduced to ten players his instructions to his boys was to “just attack fully.”

”They were tired and being reduced to ten players was what we were able to capitalize on. We took full advantage of that…but it was a good game and congratulations to East Central and Harlem,” he said.

East Central is now the new team in the premier division of the DFA. 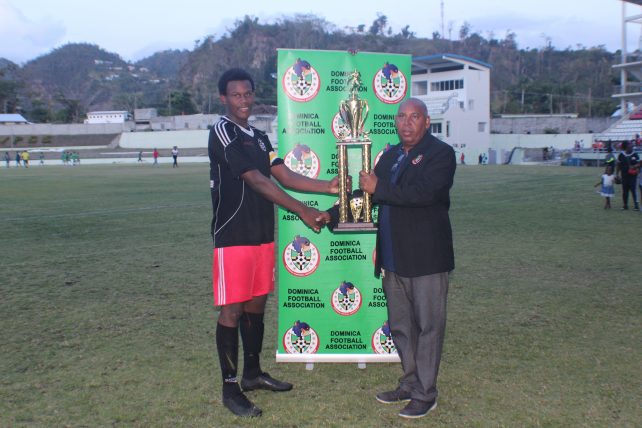