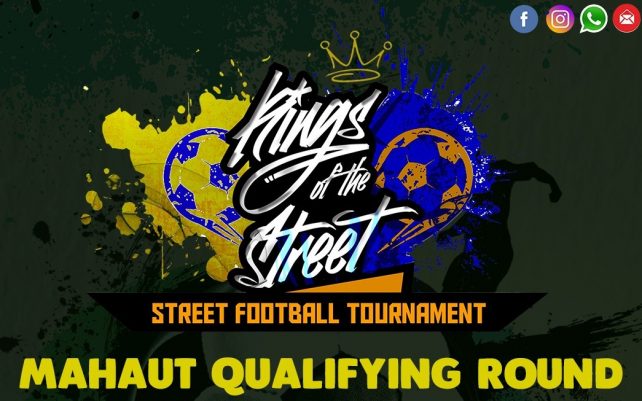 The qualifying rounds of the Kings of the Street football tournament continues Sunday, May 26th, in Mahaut at the Teza Ground (Mahaut Playing Field) starting from 12 noon. The fledging tournament, meantime, received a major boost with the support and endorsement of two of the most popular bands in the country today namely Triple Kay International and Signal bands.

Street football teams from Mahaut and the neighboring communities are expected to show up and showcase their skills for a shot at competing in the Championship Rounds that are set to happen next month. During the Castle Bruce qualifying round, the Komess Pack team emerged as the first qualifier to the Championship Rounds.

On their Facebook and Instagram pages, Triple Kay International and Signal bands both endorsed the tournament and invited their legions of fans to come out and show their support to their favorite street football teams.

A special performance will also be held by DJ Repeat to provide added entertainment during the duration of the activity that is projected to last for a number of hours. Drinks and other refreshments will also be available at the bar to be set up by Adiktive Sports, the organizer of the tournmanent.

ADIKTIVE SPORTS, a newly formed sports promotional group in Dominica composed of young but dynamic individuals passionate about sports and about harnessing its transformative power for positive social change.

There will be Qualifying Pocket Tournaments in different zones around the country, namely Castle Bruce, Mahaut, Goodwill, and Point Mitchel. This will culminate with a 2-day FINALS EXTRAVANGANZA at Goodwill to showcase the TOP 12 teams from all over the country. 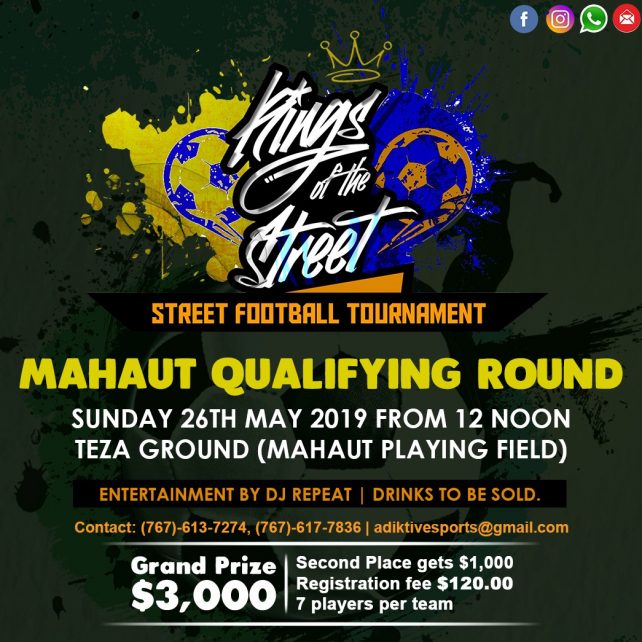