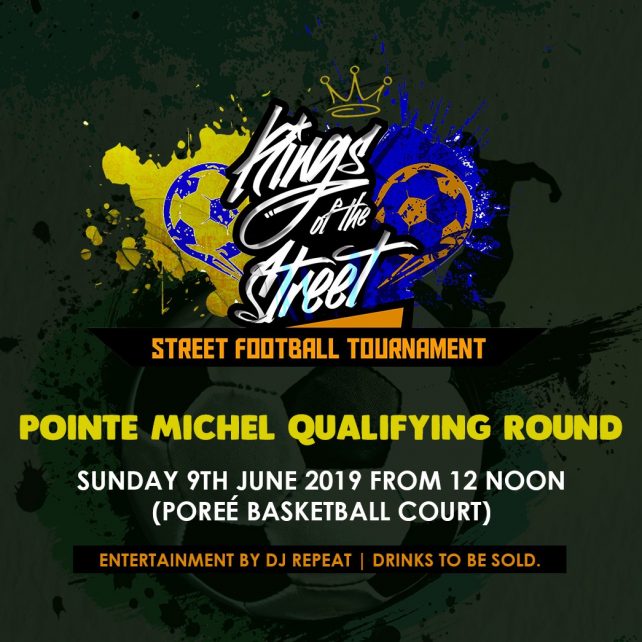 Four teams have already qualified to the Championship Rounds: Komess Pack, Jimmit Ballerz, YTS Ballers, and Never Ready Boyz.  These teams have gained the right to challenge last year’s champion in the Final Rounds of the Kings of the Street football tournament.

Now, the action shifts to Pointe Michel for the third qualifying round to be held at the Poreé Basketball Court starting from 12 noon, Sunday, June 9th, 2019.

Teams coming from Pointe Michel and the neighboring communities are expected to compete for a spot in the Championship rounds.

ADIKTIVE SPORTS is a newly formed sports promotional group in Dominica composed of young but dynamic individuals passionate about sports and about harnessing its transformative power for positive social change.

Qualifying Pocket Tournaments have been scheduled in various zones around the country, namely Castle Bruce, Mahaut, Goodwill, and Pointe Michel. This will culminate with a 2-day FINALS EXTRAVANGANZA at Goodwill to showcase the TOP 12 teams from all over the country.