Hike Fest, hosted by the Dominica Hotel and Tourism Association (DHTA), is one of the biggest events on the Tourism Awareness Month calendar. Hiking enthusiasts from across Dominica and the region set foot on some of the nature isle’s most iconic trails every Saturday in May for a unique moment surrounded by nature while enveloped in camaraderie. This year’s theme was Experience Dominica.

The first trail, dubbed Cabrits Historical Night Hike, was led by local historian Dr Lennox Honychurch. Sometime after sunset, a crowd of over 70 hikers gathered off the road at Bell Hall Estate on May 4 for what would be the first ever night hike in Dominica. The path took them from Bell Hall, to Cabrits National Park and then, finally, to Purple Turtle Beach.

“Not only did we have hikers from Dominica, but we had a large group from Martinique participating as well. The excitement was palpable; I was happy to have been part of the planning and execution of such an
extraordinary moment,” DHTA Executive Vice President, Kevin A. Francis revealed.

On May 11, nearly two dozen children and their parents, along with certified tour guides, navigated through the rain forest in Laudat to one of the most popular tourist sites – Titou Gorge. The next Saturday, more experienced hikers walked from Bellevue Chopin to Wotten Waven for the wellness hike. 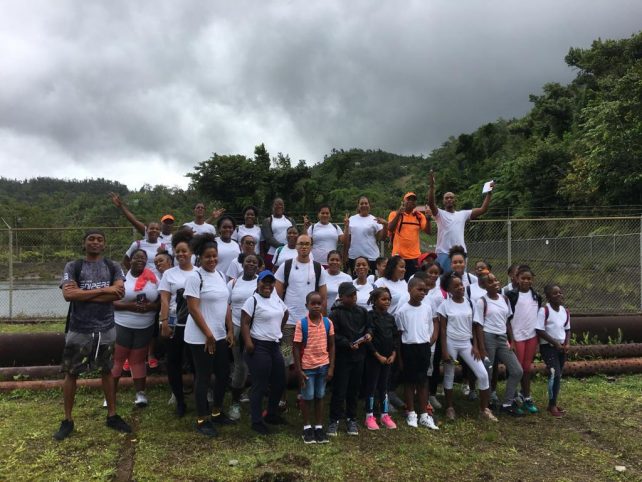 And finally, on May 25, over 30 others trekked from Castle Bruce to the Kalinago Territory for the aptly named – heritage hike.

“We’re certainly happy about the turn out for this year’s hike fest. And we are excited about the buzz it created not only in Dominica but in other sister islands. We had one group from St. Kitts – Go Ventures SKN who visited nearly a week before Hike Fest because they could not wait to experience Dominica. That’s a great sign that we’re on the right path,” Francis noted.

On the last day of his stay, Vaughn Browne, head of Go Ventures SKN described Dominica as ‘a gem’ and promised his groups’ attendance at all future Dominica Hike Fests. “It might be one [or] it might be 10 of us but we will support hike fest,” he stressed.

Planning has already started for Hike Fest 2020 and the DHTA promises it will be one of the most memorable. 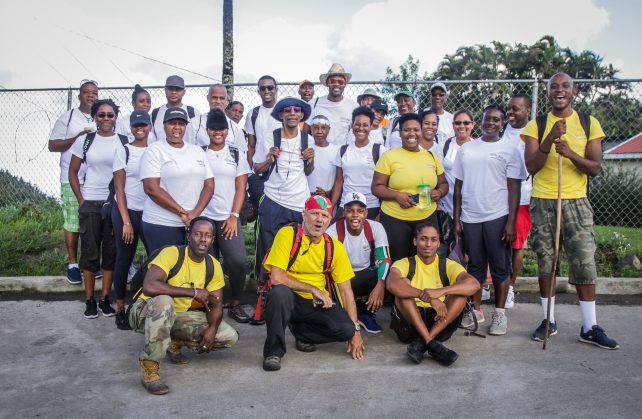