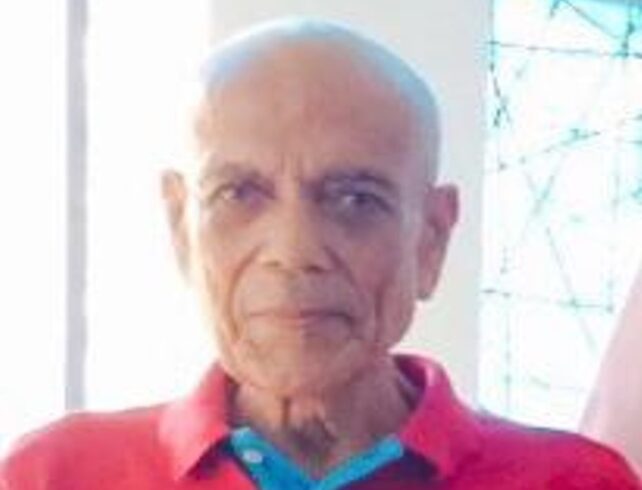 “He was a family man, always willing to help, and a great listener,” says Hearle Lancelot about her late husband, former Journalist, Emile Lancelot Sr. who passed away at the Dominica-China Friendship Hospital on June 28.

However, despite Mr. Lancelot’s many years of dedicated work in the media in Dominica, those who spoke to Dominica News online (DNO) about him, seem to remember him most, for his dedication to family and church.

Hearle Lancelot told DNO during an interview on Friday that, although they are doing their best to hold on, her husband’s passing has been of great sadness for the family.

“He was a loving husband and could do many things in the house,” Mrs. Lancelot said. “He could cook and iron.”

Emphasizing her husband’s love for God, Mrs Lancelot recalls how they always went to church as a family, an observation  that was that was endorsed by veteran radio broadcaster and Roman Catholic deacon, Alvin Knight.

“Mr. Lancelot was in church with his entire family every Sunday whenever he could, sitting with his wife and his children…” Knight stated. “He participated in all church activities as best as he could; he could be relied on to assist or to help out whenever he could.”

According to Emile Lancelot Jr., son of the deceased, the contributions made by his father over the years were done with humility.

“Looking back at his life he did a lot and he did so with humility and not seeking any glory,” Emile Jr. said. “Whatever he did he just did it because he loved to do it or he felt compelled.”

He added, “He accomplished many things in a quiet way.”

The late Emile Lancelot Sr. was involved in local government, serving on various local councils and as the first clerk of the Canefield Urban Council. He service to community extended to Parents Advocating for Children with Disability in Society (PACIS), an advocacy organization which promotes the needs and rights of children with disabilities, where he served as an executive member for a number of years.

A past student of the Dominica Grammar School, Emile Lancelot Sr. was also a sports enthusiast.

He died at the age of  87 and is survived by his wife and 5 children.