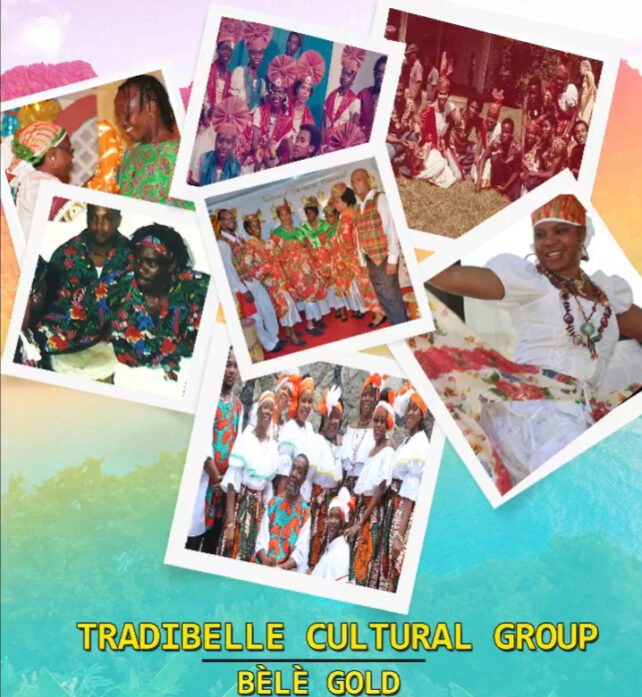 “A dream has been accomplished, a wish has come true, a vision has materialized, a desire has been fulfilled [and] a goal has been achieved.”

Words uttered by the leader of the Tradibelle bèlè  group, Adriana Henderson while she was delivering an address at the official launch of Tradibelle bèlè album, ‘the bèlè Gold’ held at Alliance Francaise on Wednesday.

The album is the result of collaboration between Konmité Pou Etid Kwéyol (KEK), the Cultural Division, the late Dr. Violet Cuffy, who worked at the University of Bedfordshire and the Arts & Humanities Research Council in the United Kingdom (UK).

The album contains nine (9) of the bèlè songs which have been made popular by the Tradibelle group.

According to her, from 1981 the performing group has been committed to performing and promoting the traditional dance and has won many bèlè titles

“To every competition, we brought new songs, songs telling various stories of our island’s beauty, culture and people,” Henderson noted.

Former Chief Cultural Officer and President of KEK, Raymond Lawrence, said when one works towards the accomplishments of a project and this project is finally complete, “then you can breathe a sigh of satisfaction to see the project through to its realization.”

He believes the memory of Dr. Cuffy must be honored, because she was very instrumental in raising the funds for the completion of this project.

“Dr. Cuffy had a passion for culture in Dominica and she was very involved in culture initiatives, both in the UK and Dominica,” Lawrence said.

He applauded the Tradibelle Group for being one of Dominica’s outstanding cultural groups in promoting and preserving culture and heritage especially when it comes to bèlè and folk song.

“They have been a shining example of resilience, perseverance in spite of challenges, and excellence in performances and presentation,” Lawrence stated.

Meantime, Acting Chief Cultural Officer, Earlson Matthew said the cultural division is proud to have been involved in this project from its inception.

“As far as bèlè goes, the division’s intention is to promote even more community inclusion that was done prior to bèlè being or becoming a stage spectacle,” he stated. “So, expect more spontaneous inclusive community oriented bèlè activities in the future,”

Matthew urged the long lasting Tradibelle group which, according to him,  for decades has made the Grand Bay community and the country proud, to play their role in the emergence of new groups “and the cultural division training programs will facilitate that process.”

KEK is currently planning to hold its 12th Primary Schools Kwéyol Spelling Bee competition on May 18th and its annual general meeting on June 1st 2022. Other projects which KEK is currently working on include a new creole dictionary, the publication of a basic guide to learning kwéyol and an awards cocktail evening later this year.